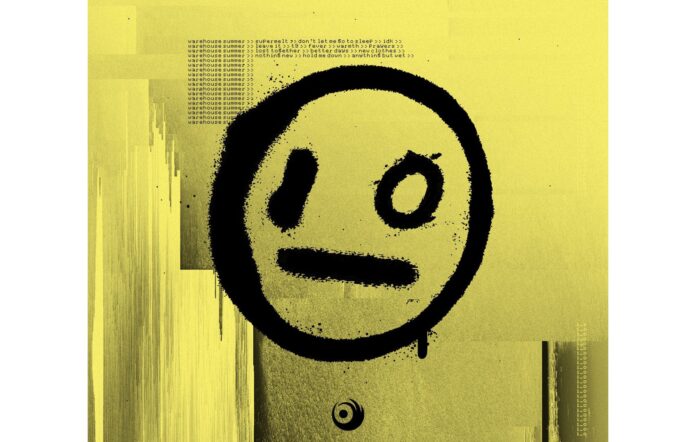 The album was made shortly before the DJ and producer, whose real name was Garrett Falls Lockhart, passed away in November 2020 at the age of 30. His death was caused by a “sudden and fatal arrhythmia” related to Hashimoto’s thyroiditis, an autoimmune condition where the immune system attacks the thyroid gland and causes it to become inflamed and underactive. He had released a trilogy of EPs called ‘444’ earlier that year and had also previously worked with Grimes on her 2019 song ‘Violence’.

Lights shared an emotional statement to Twitter on the day the album was released (November 23) telling the story of how the album came to be and what happened to it after i_O’s death.

Warehouse Summer is a 14 song album I made with i_o in 2020.
It is one thing that will always remain a triumph, a bittersweet opus from that year.https://t.co/k8c55GdyTd pic.twitter.com/aeTQkUwuh7

“‘Warehouse Summer’ is a 14-song album I made with i_o in 2020. It is one thing that will always remain a triumph, a bittersweet opus from that year.

“Garrett and I spent late nights scrounging up purpose in making this music, using it to mull over every inch of life. On facetime he’d tinker with samples n sip rice wine or a random beer he found while I plucked away on ambient guitar tones mumbling lyrics.

“Each song we made flowed right into the next, one through fourteen of them, nothing was hard when we were working on ‘Warehouse Summer’ (the project name was decided pretty much after we wrote the first song, Supermelt).

“The first time I listened to this again was 20 months after he passed, i dusted off the db link and shook the whole way through. I am reminded that even in your darkest moments you can emerge with remarkable memories. I will always, always cherish this one.

“I won’t speak much more on this cause I don’t want to speak for him, but ill say this: Garrett always said ‘Warehouse Summer’ felt like the feeling you get when you leave the rave at 4am and the air is hot and sticky and you’re dead af but alive. Like ghosts riding penny boards.

“I hope you feel every bit of this when you listen to ‘Warehouse Summer.’ It’s intense and gentle, like he was. I lost a dear friend and musical partner, I miss him very much. 444ever. I would say he was so fucking inspiring but he would hate that.”

i_O’s family also shared a statement of their own.

“We’d like to thank all who have patiently and lovingly stood by waiting for us, G’s family, to say yes to releasing these last tracks.

“Thank you to the i_o management for bringing together all the teams necessary to release these last tracks of music produced by Garrett & Lights. We are grateful to them and so many others for their regular “check-ins” with us, allowing us time and space to miss him and grieve his absence. We loved hearing from so many, as each of us remember Garrett in different ways. Some of your stories made us laugh or smile, others made us cry, for it is in those stories we relived much of what Garrett was about as a person and in the many ways his life impacted each of us.

“Thank you for sharing yourselves with us, it has truly helped in the healing. We hope with this music release there will be healing for others as well. Continue to take gentle care of yourselves and each other, remembering how fragile life can be.”

‘Warehouse Summer’ is the second full-length project Lights has released this year, after her fifth album ‘PEP’ came out in April.