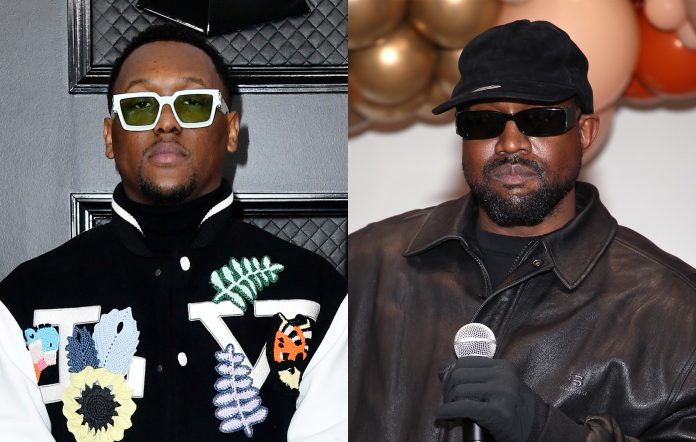 Hip-hop producer Hit-Boy has revealed that he and Kanye West have seemingly buried the hatchet and are back to working together.

Last Saturday (January 15), the rapper legally known as Ye released a new single titled ‘Eazy’ with The Game. The song credits list Hit-Boy as a producer alongside contributors Mike Dean and Big Duke.

In an Instagram comment following its release, Hit-Boy (real name Chauncey Hollis Jr.) confirmed that he and West have begun working together again, apparently concluding a spat they had in 2020.

Hit-Boy and Ye back pic.twitter.com/KqONW9Mjnk

Since then, Hit-Boy has also posted pictures of himself with West on Instagram, along with a tweet by a user that says “if Ye & Hit-Boy moving like it’s 2012, we definitely in for some HEAT” – a reference to Hit-Boy’s work then with Ye on the GOOD Music compilation ‘Cruel Summer’, among other releases.

A post shared by HIT-BOY AKA Tony Fontana (@hitboy)

In September 2020, Hit-Boy claimed in a now-deleted Instagram post that the pair hadn’t worked together for years because West was unhappy Hit-Boy worked with Beyoncé.

“I haven’t been a fan of Kanye on a personal/ human level since he told me face to face he stopped picking my beats because I worked with Beyoncé,” he wrote. “This is after I produced n*ggas in paris , clique, and a myriad of other songs / projects for him and his label GOOD Music in the 2 years I was signed with them.”

West then responded in a tweet that while he didn’t have a problem with Hit-Boy’s work with Beyoncé, he claimed to be unaware that the producer had been signed to his label GOOD Music during this period, which lasted from 2012 to 2013.

In December, Hit-Boy clarified West’s claim in a podcast with DJ Akademiks. He said that he signed a “management contract” with GOOD Music where West was “getting 20% of what I was doing regardless” and “he never ever said anything” that showed his displeasure of the arrangement.

On top of ‘Eazy’, Hit-Boy recently worked with Nas on his 15th studio album ‘Magic’, which was issued last month.

After its release, Hit-Boy also mentioned that he has “half an album with Snoop Dogg done”, along with an album’s worth of music with Roddy Ricch and Don Toliver.

The post Hit-Boy reveals he and Kanye West are back to working together appeared first on NME.