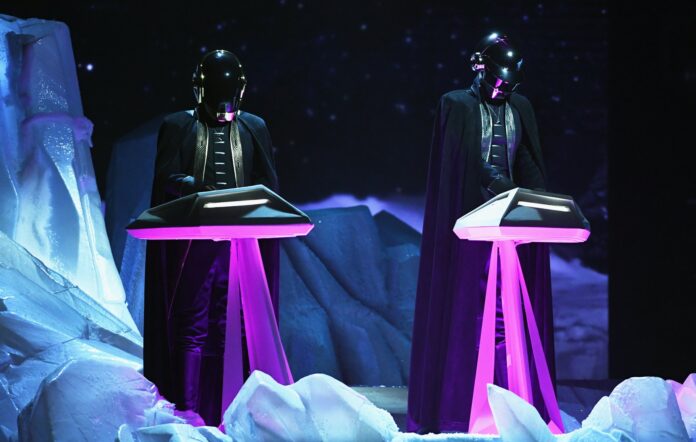 An “orchestra’ of electric toothbrushes has covered Daft Punk’s classic song ‘Harder, Better, Faster, Stronger’ – check it out below.

READ MORE: The enduring influence of Daft Punk: “They gave off this attitude of not giving a fuck”

The brains behind the YouTube channel Device Orchestra have used vibrations from various electric toothbrushes to match the different tones of the French duo’s 2001 song.

To bring the cover life, Device Orchestra has released a video of three toothbrushes adorned with googly eyes that are hooked up to a “Vibra tone” machine that controls the vibrations to manipulate the outgoing sound.

Elsewhere, other songs covered by the toothbrushes include Adele‘s ‘Hello’ and Britney Spears’ ‘Toxic’, the latter of which has racked up 1million views.

The French electronic duo – who confirmed their break-up in February 2021 after an almost-three-decade career – now have a direct deal with the platform.

TikTok users will now be able to access music from the band’s back catalogue for use in their videos. The group have retained the rights to their material since the 1990s.

Additionally, fans can apply two Daft Punk-themed filters to their posts; a customisable robot helmet, and Charles – the anthropomorphised dog from the Spike Jonze–helmed visuals for the 1995 single ‘Da Funk’.

It’s said that Thomas Bangalter and Guy-Manuel de Homem-Christo will continue posting content on their new TikTok channel. “Let’s rewind time, on TikTok,” they captioned the first video, a rapid-fire montage that ends with the dates “1993 – 2021”.