Here Are the Most & Least Crowded Categories for the 2022 Grammys 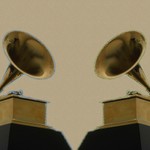 All Grammys look the same, but some categories are vastly more competitive than others. In the upcoming 64th annual Grammy Awards, three categories — best music video, record of the year and song of the year — each have more than 1,100 entries. At the other extreme, four categories have fewer than 50 entries each: best traditional blues album, best large jazz ensemble album, best Latin jazz album and best regional roots music album.

First-round Grammy voting opened Friday and continues through Nov. 5. As Grammy voters ponder their choices in 80 categories (nominations in the other six categories are determined by craft committees), let’s take a look at all the categories on this year’s ballot.

There are surprises galore here. Music videos are sometimes thought to be decades past their peak, but there are more entries for best music video (1,185) than for any other category — even record and song of the year.

Among genre album categories, best rock album is third, behind best score soundtrack for visual media (includes film, television, video games and other visual media) and best spoken word album (includes poetry, audiobooks and storytelling). The fact that those two categories include so many subcategories probably explains why they’re on top.

The Grammy Awards structure emphasizes album achievements. There are 40 genre album awards, compared to 19 genre performance awards and eight genre song awards. There are also 11 other categories that don’t fit neatly into any of the previous classifications and six craft categories.

More surprises: Few would expect best new age album (170) and best comedy album (132) to have more entries than best country album and best R&B album (which are tied with 91 entries each).

Within each classification, categories are listed in descending order in terms of most categories. Ties are shown in alphabetical order.

Note: The Grammys have two categories that honor performances and songs jointly – in gospel and contemporary Christian music. We show them under both of those classifications.