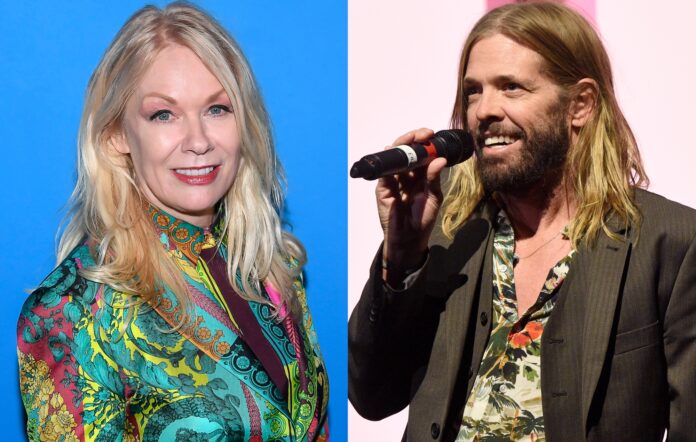 As Consequence reports, Wilson began writing the song the night of Hawkins’ death, and the song’s title refers to nicknames the pair gave one another. Over acoustic guitar chords and plaintive keys, Wilson sings, “Amigo, amiga, the kind of kind you’ll never find / The raddest of the rad, with everything you had / You and your radical sunshine.”

Later, Wilson repeats a refrain that acknowledges the untimeliness of Hawkins’ passing at age 50 in Bogotá, Colombia in May of this year. “Too soon, too soon, too soon to lose you.” Speaking to Consequence, she explained that she found herself tearfully repeating the phrase following Hawkins death.

“I spent quite a few sleepless nights trying to express it all,” Wilson said. “He was a wonderful friend and we always had funny pet names for each other like ‘Amigo’ and ‘Amiga’ as well as ‘Luv’ and ‘Dahling.’” Listen to ‘Amigo Amiga’ – all profits from which will be going to MusiCares – below:

“It is such a painful loss — but it also feels like Taylor has galvanized and re-energized rock ‘n’ roll with so many of his musician friends and fans coming together,” Wilson added. “It’s a new renaissance Taylor and the Foo family have gifted us all.”

Wilson is one of many performers who will take part in a massive tribute concert being held in Hawkins’ honour at the Kia Forum in Los Angeles on Tuesday (September 27), following  a similar tribute concert held in London earlier this month.

The Los Angeles gig will be globally live-streamed on the Paramount streaming service in the United States and via MTV’s YouTube channel worldwide. Find more information here.