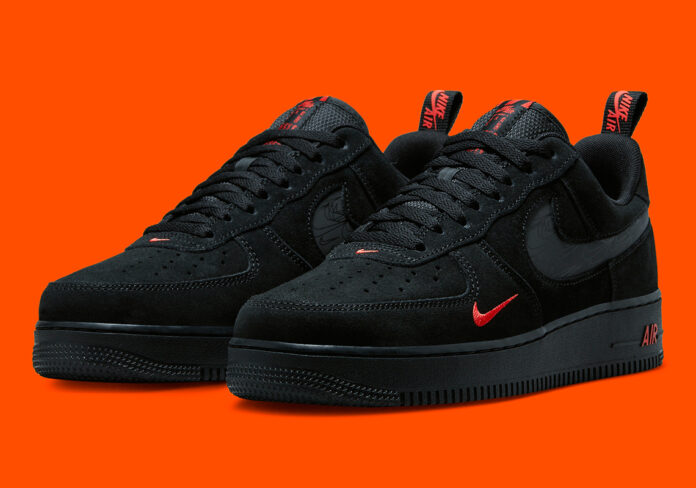 The Nike Air Force 1 Low’s roster of styles is long enough to encompass those of various silhouettes’. For its latest proposition, Bruce Kilgore’s decades-old design has indulged in a predominantly muted ensemble complete with vibrant orange swooshes.

Akin to other pairs included in expansive collections by Nike Sportswear, the newly-surfaced option includes multiple swooshes across the upper, deviating ever-so-slightly from Kilgore’s iconic creation from 1982. A black suede takes over most of the panels throughout the shoe, while a plastic-like material interrupts via the profile swooshes. Bold orange animates branding at the lateral quarter panel, tongue and spine, as well as midsole, further expanding the Air Force 1‘s design catalog along the way.

Enjoy official images of the pair ahead, and anticipate a Nike.com launch soon.

For more from the NIKE, Inc. empire, check out the latest Air Max offerings.