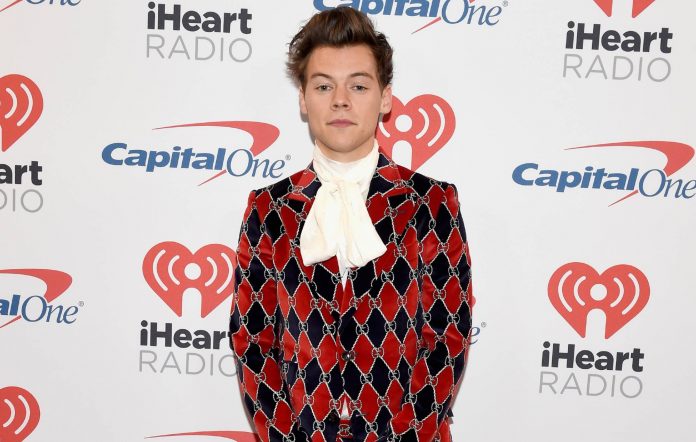 Harry Styles has spoken out about his forthcoming role in the Marvel Cinematic Universe.

The musician and actor broke his silence about being cast as Eros, the brother of notorious villain Thanos, in the future of the franchise.

Asked by Dazed about his first appearance, a brief cameo in the post-credits scene of Chloé Zhao’s Eternals, Styles said: “I’m only in right at the very end. But who didn’t grow up wanting to be a superhero, you know?”

Of Zhao’s work and his time filming the scene, he added: “It was a great experience and I’m so grateful to have gotten to work with Chloé.”

Explaining her decision to cast Styles as Eros, Zhao called the musician-turned-actor “a package deal”.

“Harry as Eros was very much a package deal for me,” Zhao told Deadline.

“I kept tabs on Harry since Dunkirk, I thought he was very interesting,” she went on. “After meeting him I realised he is that character – the same way I cast the rest of my cast.

“There’s so much of Eros in him. For me, if he says yes, and Kevin says yes, then it’s a go. And I’m very happy they both did.”

In a four-star review of Eternals, NME said: “Eternals is frequently stunning without being caked in production gloss: there’s no obvious attempt to scrub up lovably grungy Camden Lock, for instance.

“By the end you’ll be invested in these characters and ready to debate who should get a standalone movie first: a sure sign that Zhao understood the assignment and executed it with flair.”