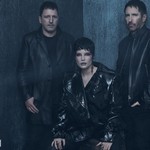 Halsey’s fourth album, If I Can’t Have Love, I Want Power, seems a sure thing for a Grammy nomination for best alternative music album. Remarkably, it would be Halsey’s first nomination for one of her own albums. Her only Grammy nods to date are for featured roles on Justin Bieber’s Purpose and The Chainsmokers’ megahit “Closer.”

If I Can’t Have Love…, which reached No. 2 on the Billboard 200, has received strong reviews. Trent Reznor and Atticus Ross produced the album. Reznor received three nods in this category for Nine Inch Nails albums: The Downward Spiral (1994), The Fragile (1999) and Hesitation Marks (2013).

St. Vincent also seems a sure thing for her album Daddy’s Home. She won the 2014 award in this category with an eponymous album and was nominated three years ago with Masseduction. She would become the fifth female artist with three or more nods in this category, following Björk (eight), Tori Amos (five), PJ Harvey (four) and Fiona Apple (three). St. Vincent co-produced the album with Grammy fave Jack Antonoff.

Arlo Parks is entered with Collapsed in Sunbeams, which won the Mercury Prize and was nominated for a Brit Award for British album of the year.

The Flaming Lips, two-time nominees in this category, are entered with American Head. The band was nominated for Fight Test (2003) and At War With the Mystics (2006).

Gorillaz, which was nominated in this category with Humanz four years ago, is back in the running with Song Machine, Season One: Strange Timez. The virtual band won a 2005 Grammy for best pop collaboration with vocals for “Feel Good Inc.”

Foster the People, nominated in this category 10 years ago for Torches, are entered with In the Darkest of Nights, Let the Birds Sing.

Nick Cave, who landed his only Grammy nomination to date four years ago for best music film for One More Time With Feeling, which he made with his band The Bad Seeds, has two albums in contention: Carnage (a critically hailed collab with Warren Ellis) and Idiot Prayer: Nick Cave Alone at Alexandra Palace.

Hayley Williams is entered for Flowers for Vases/Descansos. She won a Grammy seven years ago for best rock song for the Paramore hit “Ain’t It Fun.”

Groove Armada, which was nominated for best electronic/dance album five years ago for Black Light, is entered with Edge of the Horizon.

Fleet Foxes, who were nominated for best folk album 10 years ago for Helplessness Blues, are on the entry list with Shore.

Danny Elfman, who has received 13 nominations over the years (all but one for his film scoring work), is vying for a nod with Big Mess.

Sufjan Stevens, who was nominated for best song written for visual media three years ago for “Mystery of Love” from Call Me By Your Name, is entered with The Ascension.

A total of 224 albums are vying for the five nomination slots in this category. That’s down a bit from 231 last year.

Beck, Radiohead and The White Stripes are tied for the most wins in the category’s history (three).

Grammy voters are currently making their selections in 80 of 86 categories on the ballot. First-round voting opened on Oct. 22 and closes on Nov. 5. Nominations will be announced on Nov. 23. Winners will be revealed when the 64th annual Grammy Awards are presented at Staples Center in Los Angeles on Jan. 31, 2022.