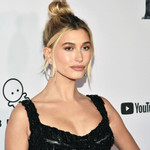 Hailey Bieber is sharing her condolences in light of the tragic accident on the set of Alec Baldwin’s upcoming movie, Rust, which saw cinematographer Halyna Hutchins fatally shot and director Joel Souza injured after the actor misfired a prop gun on set. Bieber is Baldwin’s niece, the daughter of Alec’s brother Stephen.

Over the weekend, the model and wife of Justin Bieber wrote a message to Hutchins’ family via her Instagram Story.

“Sending all my love to the family of Halyna Hutchins,” the 24-year-old wrote. “This is a truly unimaginable and devastating tragedy. My thoughts are also with Joel Souza as he recovers. I am absolutely heartbroken for everyone involved.”

Following the incident — which took place Thursday on the outskirts of Santa Fe, New Mexico — Baldwin explained that he was working with police in Santa Fe to piece together the events that led up to the accident and told his followers that he was left stunned by the incident.

“There are no words to convey my shock and sadness regarding the tragic accident that took the life of Halyna Hutchins, a wife, mother and deeply admired colleague of ours,” he tweeted Friday. “I’m fully cooperating with the police investigation to address how this tragedy occurred and I am in touch with her husband, offering my support to him and his family. My heart is broken for her husband, their son, and all who knew and loved Halyna.”

Souza, the director for Rust, was injured during the gun misfire but was released from the hospital the next day. The investigation of the incident is continuing. Production for Rust is on hiatus until further notice.