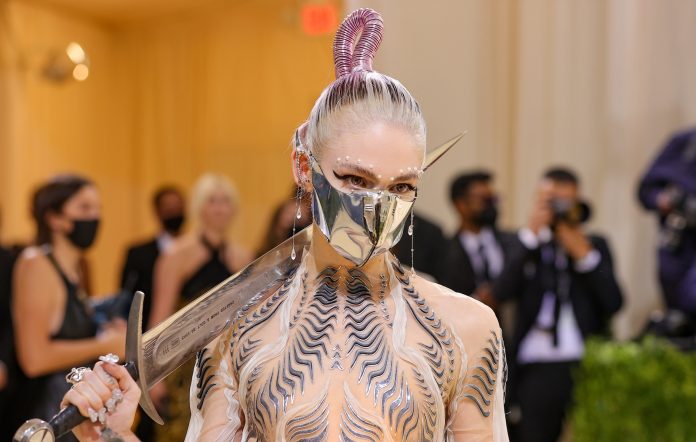 Grimes has formed an “AI girl group” named NPC, which she’s premiered today through a collaboration with producer and DJ Chris Lake titled ‘A Drug From God’.

READ MORE: Grimes – ‘Miss Anthropocene’ review: an iconoclast continues to march to the beat of her own drum

According to a press release, the virtual group has infinite members that “can be voted in or out, except for core members such as the baby Warnymph”.

The project will serve as “a vehicle for experimentation in new technologies as they become available”, such as “generative characters and music, [different] types of animation, AI-assisted art as well as spiritual technology”.

It will also allow Grimes to “create as other people in order to reduce the psychic pain of being in the public eye”. Listen to ‘A Drug From God’ below:

According to the accompanying press statement, NPC will “hone the concepts” of Grimes’ albums ‘Art Angels’ and ‘Miss Anthropocene’, “finally manifesting the endless characters in Grimes’ head”.

“NPC can do all the things humans cannot. NPC will eventually be playable, customizable, and able to cater to each individual listener’s unique desires. Decentralized Popstardom. Made, not Born.”

Grimes teased the existence of NPC and the imminent arrival of the song – originally titled ‘Love Is a Drug From God’ – last week, saying photos of the group weren’t ready yet because “we’re stuck on making their faces”.

It seems the project will feature significant visual elements, but that aspect has delayed, with Grimes writing on Instagram earlier this week, “Me and [Lake] just needed to get this song out cuz it’s been going so hard at festivals!!!!”

Back in June of this year, Grimes shared video footage of Lake playing the collaboration live during a show in Arizona, asking fans whether they should release the studio version.

In September, Grimes indicated she was close to completing her next album. “I’m just finishing an album, and I think it is by far my greatest work that I’ve ever done,” she said during an interview with Vogue of the follow-up to 2020’s ‘Miss Anthropocene’.

Later that month, she premiered a new song titled ‘Love’ on her Instagram, saying she’d written and produced the song in response to “privacy invasion, bad press, online hate and harassment by paparazzi”.