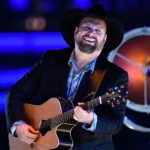 Garth Brooks is adding a third Nashville show to his November lineup, announcing a concert for Nov. 18 at the Grand Ole Opry House.

The concert, titled “Just Garth, the Opry House & You,” comes after his two previously announced shows at Nashville’s Ryman Auditorium, set for Nov. 19-20, sold out immediately after tickets went on sale Friday. According to a statement from the music superstar’s team, more than 22,000 fans were unable to get tickets to his Ryman shows.

On Friday, Brooks acknowledged his fans on social media, revealing that he and his team were working with the Grand Ole Opry House on a possible solution.

In July, Brooks’ show at Nashville’s Nissan Stadium was called off shortly after it began, due to inclement weather. Soon after, he canceled the next five stops on his stadium tour due to concerns with the ongoing COVID-19 pandemic, before ultimately trading stadium shows for smaller-capacity venues.