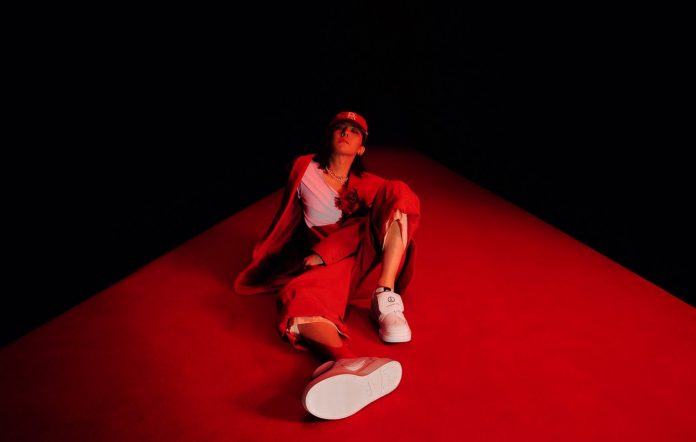 G-Dragon has announced the official release date of his upcoming sneaker collaboration with Nike.

READ MORE: NFTs are one innovation the K-pop industry doesn’t need to get on board with

On November 15, the South Korean star uploaded a 30-second promotional clip of himself modelling his fashion label PEACEMINUSONE’s upcoming sneaker collaboration with Nike. The Kwondo 1 will be available to purchase from Nike and select major retailers from December 3.

“Meet every version of you. If you accept all versions of you, then you will feel freedom,” says G-Dragon in a voiceover, donning the upcoming Kwondo 1’s as he struts down a bright-red runway in a similarly vibrant suit.

“I want to feel free with the way I wear and style clothes, in addition to everything else that I do,” G-Dragon shared in a press release, via HYBEBAE. “I hope that people can overcome stereotypes and feel free in their own way by wearing the Kwondo 1.”

The Taekwondo-inspired Kwondo 1 borrows details from existing Nike designs such as the Nike Tiempo as well as its classic golf shoes. The shoe comes with a detachable cover on its lacing system, allowing it to be worn in two styles. The design is topped off by PEACEMINUSONE’s signature daisy logo, which is seen on its heels and soles.

The Kwondo 1 marks the third time G-Dragon’s PEACEMINUSONE has teamed up with Nike, following 2019 and 2020’s Para-Noise and Para-Noise 2.0, which were special editions of the brand’s Air Force 1 ’07 shoe.

Earlier this year, Grimes has described G-Dragon as one of her “biggest influences”. In a July Tiktok video, the American pop singer did a comedic take on the popular “what’s in my bag” challenge, where she showcased her “prized” copy of G-Dragon’s first solo mini-album ‘One Of A Kind’.

“Literally G-Dragon is an icon and a god, one of my biggest influences [to be honest],” she wrote. “Underrated for his contributions to art. [Fellow Big Bang member] T.O.P too.”