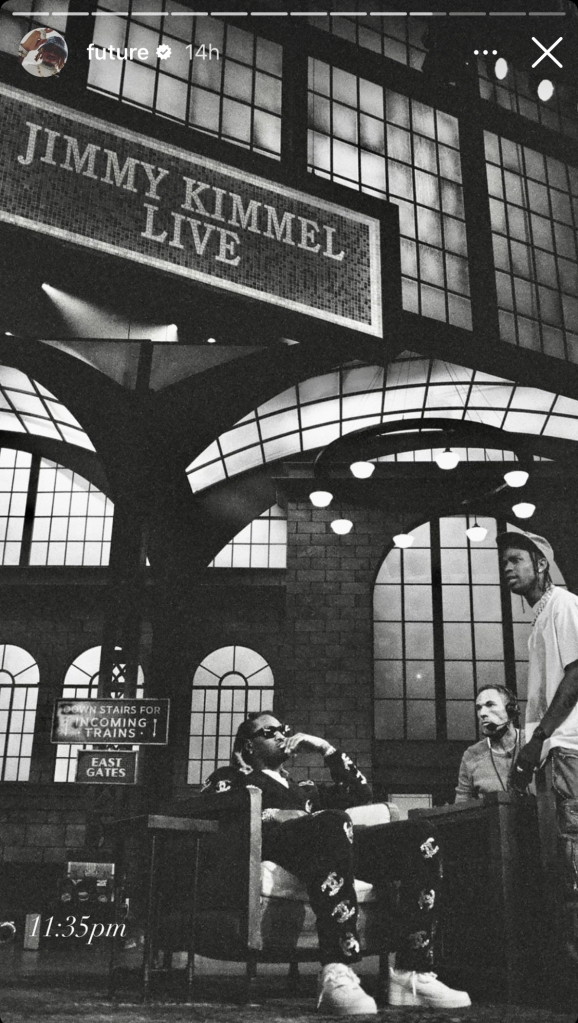 Future’s still riding high off of the release of I Never Liked You. “WAIT FOR U” was easily one of the songs that soundtracked summer ’22, but the whole album produced some significant moments.

“LOVE YOU BETTER” gained significant traction over the past few months, as well. Last night, Future hit Jimmy Kimmel with a performance of the single, though it wasn’t your average late-night performance. With Travis Scott as the creative director, Fewtch’s performance began as if it were an interview before Future gets lost in a daze.

“So, how is the future, relatively speaking?” asks Kimmel as Future sat down. “Man, I be driftin’ off sometimes,” Future responds as the lights dim and the instrumental strikes.

The camera, then, goes backstage to where a woman is calling for the rapper in his green room, discovering flowers with a letter that reads, “I NEVER LIKED U.” After he performs the record, the woman storms Kimmel’s stage, throwing the letter and dragging Future off the set.

Future and Travis Scott have a tight relationship going back years, though it seems their musical bond’s gotten stronger recently. The two teamed up on Southside’s “Hold That Heat,” while the former later brought the latter out at Rolling Loud.

Check out the performance of Future’s “LOVE YOU BETTER” below and let us know your thoughts in the comment section.