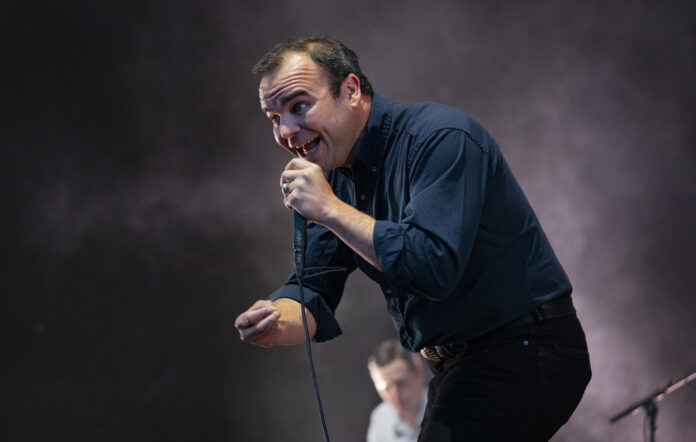 Herring will star in the upcoming Apple TV+ drama alongside LaKeith Stanfield.

As per Deadline, the show is being billed as a “fairytale for grown-ups” and is based on Victor LaValle’s bestselling book of the same name.

Stanfield will star as Apollo, a new father and bookseller, while Herring will play William Wheeler – a man who befriends Apollo.

A release date for the new show has not yet been unveiled.

Earlier this year, Future Islands added more dates to their huge tour of the UK and Europe – check out dates below and buy your tickets here.

The band – made up of Herring, Gerrit Welmers, Michael Lowry and William Cashion – will continue their worldwide tour now into October and November with a further 20 UK and European headline shows.

You can see the full list of tour dates here:

Since the album’s release last year, the band have revealed that they’re already working on their next album, which will be their seventh.