HomeNews‘Fuck The Tories’: The Kunts launch another Christmas Number One bid
News

‘Fuck The Tories’: The Kunts launch another Christmas Number One bid 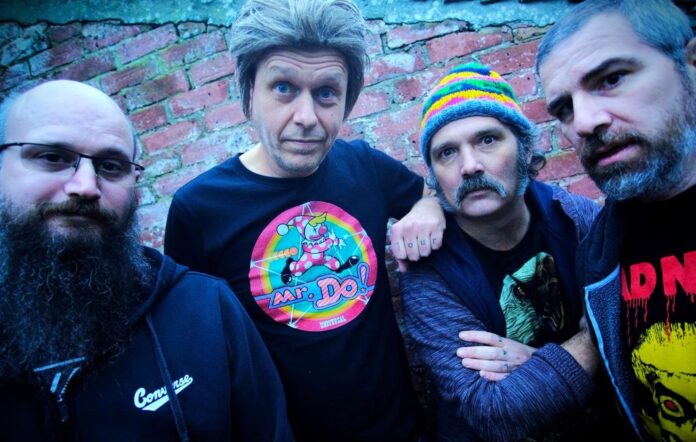 The Kunts have released a new Christmas track called ‘Fuck The Tories’ in a fresh bid for the Christmas Number One spot.

READ MORE: The Kunts return with ‘Boris Johnson Is STILL A Fucking C**t’ and tell us about their Tory-toppling bid for Christmas Number One

The British punks’ new song – which is officially out December 16 – is a scathing takedown of The Conservative party and the the current political and social climate.

In a statement, The Kunts said the song is a “barbed but factually accurate protest song shining a light in simplest terms on 12 years of Conservative corruption, lies and incompetence”.

Their spoof website added that the song is: “Spreading a little Christmas misery to those who’ve given us such a shit year (and previous 11 years…)”.

You can listen to ‘Fuck The Tories’ and watch the video below.

Last year they lost out on the Number One to LadBaby’s ‘Sausage Rolls For Everyone’, a rivalry which also saw the acts warring with one another in the press.

Speaking of their first success, frontman Kunt told NME last year: “As someone who has spent most of the last 25 years peddling his sweary wares around 100-200 capacity pub venues believe me, it was overwhelming.”

They also released their Jubilee single ‘Prince Andrew Is A Sweaty Nonce’, earlier this year.

“For me, having grown up with the folklore around The Sex Pistols’ ‘God Save The Queen’ getting robbed of the top spot in ’77, a Jubilee celebration has always felt like it could be a good chance to air any grievances one may have with our unelected head of state and her feckless offspring,” frontman Kunt told NME at the time.

The post ‘Fuck The Tories’: The Kunts launch another Christmas Number One bid appeared first on NME.