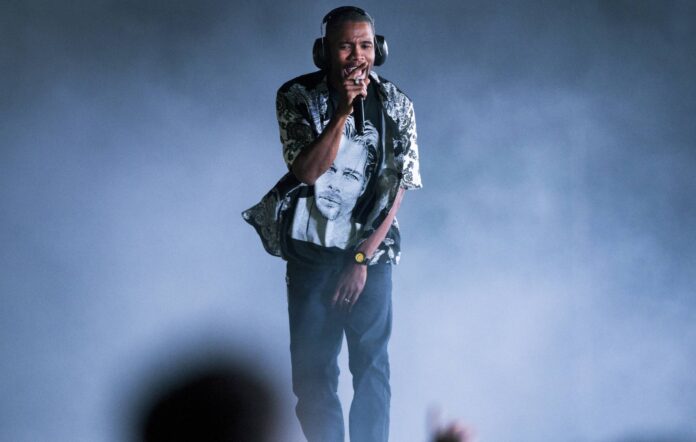 Frank Ocean has wiped his Instagram, leading fans to assume new music is on the way.

Ocean last released an album in 2016 with ‘Blonde’ and just a handful of singles including ‘DHL’ and ‘In My Room’ have being released since.

Ocean also shared previously unreleased music to soundtrack his radio show celebrating the ten-year anniversary of 2012’s Channel Orange’ back in July and also dropped ‘Cayendo’ and ‘Dear April’ on streaming services earlier this year, with the tracks previously being vinyl exclusives.

Yesterday though (September 26), Ocean deleted every post on his Instagram with some fans guessing that new music is on the way soon.

i see a whoooollleeeee lotta new frank ocean album speculation going on and to say its coming as soon as friday??? ill have to hear it to believe it…. and even then i’ll probably still be stuck in disbelief

However other fans are less optimistic. “Frank Ocean has probably cleared his Instagram 20 times in the last 4 years. He’s not dropping an album,” wrote one user on Twitter while some Reddit users jokingly said they’re expecting him to use his newly-cleared Instagram to announce another cock ring.

However, Frank Ocean is also due to headline Coachella 2023, suggesting he’s got something in the works considering he hasn’t played live since 2017.

He was originally set to play the festival in 2020 alongside Rage Against the Machine and Travis Scott, until coronavirus forced its postponement.

He didn’t return in 2022 with the event headlined by Harry Styles, Billie Eilish, Swedish House Mafia and The Weeknd but Coachella co-founder Paul Tollett did tell the LA Times that Ocean would headline in 2023, explaining that the far-off booking was a reward for fans who have experienced multiple postponements of the festival.

It’s also been reported that Ocean will be foraying into films. The singer is apparently set to direct his debut movie, with independent studio A24 in talks to distribute the project.