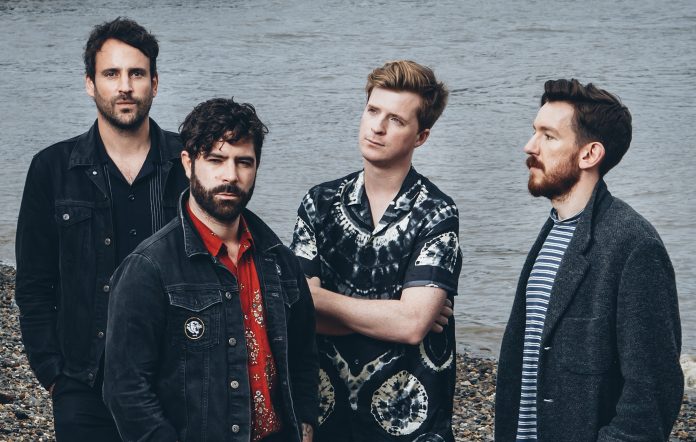 Foals have shared a sneak peek of the video for their forthcoming new single ‘Wake Me Up’ – you can check it out below.

The Oxford band posted a teaser clip on TikTok earlier this afternoon (October 29), in which Yannis Philippakis and co. are seen performing on a set that features palm trees, rocks and a printed rainforest backdrop.

“Sneak peek of #WakeMeUp .new song out next Thursday, presave it now [flower emoji] link in bio,” Foals wrote in the clip’s caption.

It comes after the band confirmed details of their comeback single yesterday (October 29) and shared a snippet of ‘Wake Me Up’, which is due to arrive next Thursday (November 4).

You can watch a short teaser of the song’s video below:

sneak peek of WakeMeUp.new song out next Thursday, presave it now link in bio #FOALS

♬ Wake Me Up – Foals

Foals have been at work on the follow-up to their 2019 sister albums ‘Everything Not Saved Will Be Lost: Part One’ and ‘Part Two’.

‘Wake Me Up’ will also mark the group’s first new material since the departure of their keyboardist Edwin Congreave last month. In a statement at the time, the musician told fans he’d “heard the new album – it is of course brilliant”.

Speaking to NME in August, frontman Yannis Philippakis explained: “We can see what the record is, and the future looks fantastic.”

He continued: “We’ve been working away and writing all year. We’re just in the last stages of it and it’s feeling like a more optimistic record than the last two. It’ll be a more physical record. We’re really excited to have a record that’s almost ready, but not quite.”

Foals are due to hit the road next April – check out the full list of dates below:

The post Foals share sneak peek of new video for comeback single ‘Wake Me Up’ appeared first on NME.