HomeNewsFlorence + The Machine announced as latest Øya Festival 2022 headliners
News 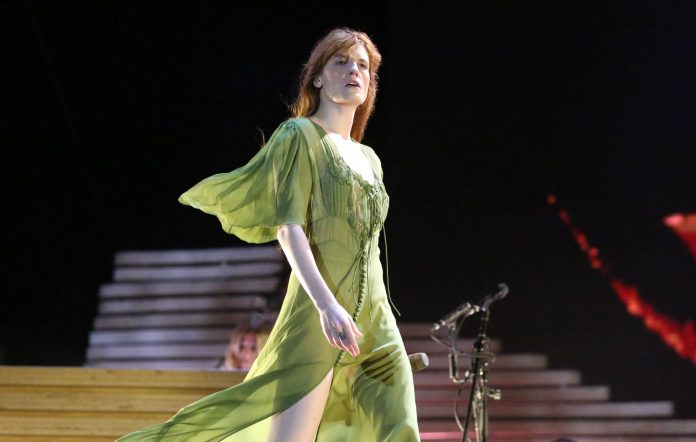 Florence + The Machine have been announced as the next headliners of Øya Festival 2022.

The Oslo, Norway festival will return this year from August 9-13, with Gorillaz, Nick Cave & The Bad Seeds and Aurora also set to top the bill.

Florence + The Machine have been joined on the Øya bill today (January 26) by Fontaines D.C., Parquet Courts and Porridge Radio.

Those acts have all expanded the festival’s growing line-up, which already features the likes of AJ Tracey, Girl In Red, Pa Salieu, Michael Kiwanuka, Yard Act, Princess Nokia and Beabadoobee. The Øya bill is split 50/50 between male and female artists.

Weekend tickets for Øya Festival 2022 have sold out, but day tickets remain available from here. You can find out more information about the festival by heading here.

This year’s Øya marks the first event since 2019 after its 2020 and 2021 editions were cancelled due to the coronavirus pandemic.

Florence + The Machine are also set to headline Mad Cool Festival in Spain this summer, with the band on a line-up that also includes the likes of Metallica, Muse and Kings of Leon.

Florence + The Machine’s sole new music release of 2021 came in the form of ‘Call Me Cruella’, which was written for the Disney film Cruella.

“Some of the first songs I ever learned how to sing were Disney songs. And the villains often got the best numbers,” Florence Welch said in a statement about the song. “So to help create and perform a song for Cruella is the fulfilment of a long held childhood dream.

“I’m so grateful to Nicholas Britell and Disney for allowing me so much creative freedom, and for trusting me with Cruella’s beautiful madness.”

The post Florence + The Machine announced as latest Øya Festival 2022 headliners appeared first on NME.