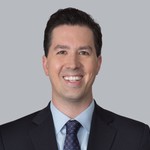 Country radio has been a tough sell in New York. Prior to WNSH’s arrival in 2013, it had been more than 10 years since WYNY flipped to Spanish contemporary in 2002. In September, WNSH ranked 21st in the New York marketing, pulling in a 1.9 share, according to Nielsen Media. Its highest share over the past six months had been 2.5 in July.

Jeff Sottolano, Audacy’s executive vp/head of programming talked to Billboard about the difficult decision to switch formats and why the chain remains bullish on country, if just not in New York. Audacy (formerly Entercom) operates more than 200 radio stations, including 23 country outlets.

Why is it so hard for a country station to make it in New York City? What considerations do you face there that you don’t in other markets?

There’s a couple of things that are really unique to New York that historically have probably been a hindrance to the format’s success— not just for us, but obviously for other broadcasters. The first is that there there was a number of years that country has not been available on the radio in this metro. We know the role that the library plays in the success of any radio station, obviously not just discovering new music and discovering contemporary artists, but having that experience of having grown up listening to your mom’s favorite radio station on the way to school. I think one of the hindrances and one of the reasons we’ve seen a couple of starts and stops in New York is that obviously the marketplace is aware of country, but the lack of consistent availability is something that when we looked at the audience data and research, I think certainly plays into the potential for the format because you just don’t have that generational experience, maybe not with the brand, but even with just the genre.

When Audacy took over the station from Cumulus in 2019, what was your plan?

I will tell you candidly we didn’t have any thought other than how to make it the most successful country radio station in New York [and] what an incredible staff we’ve just been blessed with and what incredible relationships they’ve built with their community and our partners. There was no master plan to consider a format change when we were fortunate enough to acquire the property from Cumulus. Really only in recent months had we began to consider what the potential of country was in New York and also at the same time what the potential of some other format opportunities might be that may, in fact, possess higher upside from our audience and revenue perspective.

What does this change say about the country terrestrial radio market, if anything?

I think it’s really important to note this was a very specific to New York decision. These are market-led, based on what the opportunity set is. We are fortunate to operate incredibly strong country [stations] in top markets like Chicago, Houston, Detroit, Seattle, San Diego. It’s one of our strongest contemporary formats. We launched a new country brand just up the New York State Thruway earlier this year, 107.7 The Wolf in Buffalo. Our commitment to the format and our optimism about its future is bullish outside of New York.

If some other broadcasting chain decided they were going to try country in New York, what advice would you give them?

Well, I’d be rooting for them, first of all. We are all better as broadcasters when we have more diverse format options available to consumers. It makes our medium stronger and more compelling. I don’t know that there’s anything specific to New York in terms of advice I’d give them. I think the challenge any time you’re operating a format that may [have] more of a limited potential based on the market demographics or the opportunity, you really got to expand the brand and create a connection with consumers that obviously is going to originate from the music that you play and the relationship that your audience has with that kind of music, but you’re going to have to find other ways to connect with them meaningfully, through talent, through events, through experiences. How do you create depth for the brand that is bigger than maybe what the market research opportunity is for the music?

Do you think it would have made a difference if your signal had been stronger and been able to reach into Eastern Long Island since it’s a strong country market?

It’s obviously impossible to prognosticate. We did factor it into our decision. We did look at the signal and while it is a full market signal, it does have some deficiencies in southern Connecticut and Eastern Long Island. But even as we looked at the country performance of other brands from other broadcasters in those regions, we didn’t determine that the market opportunity was sizably different enough to make the current format more appealing than the opportunity set of the new format.

I think we’re fortunate as a company to really look at it as as an opportunity and not necessarily a difficulty. Even New York’s country brand lives on on HD radio and it’s available on our Audacy digital platform. We’re really fortunate to have made a significant investment in building that platform and making sure that broadcast simulcast streams are available to consumers wherever they are and perhaps in places they might not have an AM/FM radio available to them, but also that that platform gives us opportunities to create new digitally exclusive content that might meet consumers’ needs in ways that are different than our broadcast channels. We launched over 350 exclusive stations over a variety of genres last spring. We’re continuing to add new stations to the platform week in and week out. We look at it in the sense that we’re happy the consumers are spending more and more time with audio. It’s true that they’re doing it across a different set of platforms than existed even just a few years ago, but we get to participate in all of those platforms from streaming to playlists to podcasting and really our job as content creators is to make sure we’re producing the kind of content that consumers want, regardless of how and where they want it.

The American Music Awards nominations came out recently and Morgan Wallen received two noms, although he will not be allowed to attend or perform. Audacy has added him back to your stations, correct?

That’s really an individual station and format decision. And it is true that many of our brands are supporting Morgan. I think he’s shown and demonstrated remorse for his words and his actions. Our job is to follow the audience in a lot of respects and to be responsive to what our consumers want. I think that in large part they’ve demonstrated that they are ready to forgive him and give him an opportunity to redeem himself. We need to listen to our consumers and I think that’s probably what’s led to some of those individual market decisions to return his music to our playlists.

Do you think you’d ever reconsider and try a country station again in New York?

I think I’d be foolish to say that we wouldn’t try again or that another broadcaster won’t try again. I think it’s fair to say we might all wonder about what the future holds for country in New York. I’m not too proud to suggest that there may come a time or there might come a broadcaster that figures out the formula maybe in a way that we weren’t able to. We’re real proud of the job we did. We’re especially proud of the job that the staff did. We’re really grateful for all the support we got from the community.We feel like if anybody could have done it, it was us. But I would never say never.