HomeNewsFKA Twigs teases new single ‘Measure Of A Man’ from ‘The King’s...
News 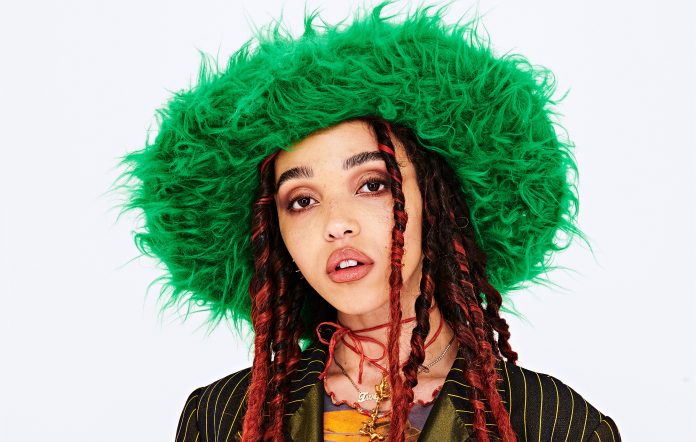 The track ‘Measure Of A Man’, a snippet of which you can hear on TikTok below, is due out on November 18.

The standalone track will feature in the movie which is a prequel to the Kingsman movies.

The film will chart the beginnings of the independent Kingsman spy agency built from scratch by Ralph Fiennes in the midst of war in Europe.

The King’s Man, which is directed by Matthew Vaughn and features Gemma Arterton, Aaron Taylor-Johnson, Tom Hollander, Stanley Tucci, Rhys Ifans, Charles Dance, and more in the cast, was due to be released on February 14, 2020 but was was pushed back because of the coronavirus pandemic.

It is now due to open in UK cinemas on December 22.

The ‘Join The Chorus’ initiative was spearheaded by an animated short film featuring the singer to raise awareness of the need “for collective power to stop the violence that one in three women experience in their lifetimes”.

According to a press release, the campaign which was launched at the United Nations General Assembly “calls on and provides tools to governments, non-governmental organisations (NGOs) and the public to tackle the alarming rise in domestic and sexual violence during the COVID-19 pandemic while urging leaders to make prevention a top priority in rebuilding efforts”.

It comes after Twigs, real name Tahlia Barnett, filed a lawsuit against Shia LaBeouf last year in which she accused him of sexual battery, assault, and infliction of emotional distress. The actor has since denied all of the allegations.

They reportedly held “productive negotiations” in settling the lawsuit earlier this summer.

The judge agreed to give both parties the chance to work out a settlement, with a follow-up court date now set for December 15.

The post FKA Twigs teases new single ‘Measure Of A Man’ from ‘The King’s Man’ movie appeared first on NME.