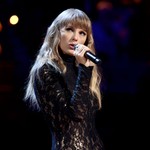 Billboard’s First Stream serves as a handy guide to this Friday’s most essential releases — the key music that everyone will be talking about today, and that will be dominating playlists this weekend and beyond.

This week, Taylor Swift revisits a magnum opus, Silk Sonic unfurl an evening’s worth of grooves, and Beyoncé touches back down in triumphant fashion. Check out all of this week’s First Stream picks below:

Red, Taylor Swift’s fourth full-length released in 2012, has grown into an indispensable fan favorite, with songs so personal to the superstar and crucial to unlocking her mass appeal that it’s hard to imagine her current artistry without it. Along with re-recorded versions of hits like “We Are Never Ever Getting Back Together,” “I Knew You Were Trouble” and “Everything Has Changed,” Red (Taylor’s Version) boasts nine “From The Vault” tracks — including never-before-heard collaborations with Phoebe Bridgers, Chris Stapleton and Ed Sheeran, as well as a staggering, 10-minute version of album apex “All Too Well.”

Click here to read a full breakdown of the nine “From The Vault” tracks from Red (Taylor’s Version).

When Bruno Mars and Anderson .Paak announced the formation of a new duo, Silk Sonic, earlier this year, any doubts about how their styles would mesh were put to rest after one listen of their silky-smooth No. 1 smash, “Leave The Door Open.” An Evening With Silk Sonic presents their blend of classic soul, R&B and funk in a widescreen format, and while the studio product contains its fair share of glittery jams — stick around for the superb finale, “Blast Off,” in particular — the nine-song LP will undoubtedly be best suited in a live setting, if Mars and .Paak decide to tour behind the project. Here’s hoping An Evening begets several evenings of solid-gold fun.

It’s an event anytime Beyoncé returns with new music; this time, she’s returned with an Oscar contender. “Be Alive,” an original song from the upcoming film King Richard, radiates pride and beauty as a celebration of Black art and culture, with Queen Bey buttressing her singular voice with lush harmonies and keeping the production to a straightforward pound to help get her points across.

“La Fama,” the first taste of Rosalía’s highly anticipated follow-up to 2018’s El Mal Querer, is a cautionary tale about the trappings of fame — a stardom that helped the crossover artist recruit The Weeknd as a guest star on the Spanish-language single, as well as Danny Trejo to appear in its music video. Yet even as her profile expands, Rosalía’s musical approach remains focused and dynamic, with twisting beats and echoed vocal effects creating a bachata that suits her and her A-list guest to a tee.

Legends Never Die, the posthumous Juice WRLD album released in July 2020, became one of last year’s biggest — and saddest — success stories, following the ascendant rapper’s 2019 death from an overdose days after his 21st birthday. “Already Dead” precedes a December follow-up, Fighting Demons, and while many of the lyrics (“I’ve been dead for years / I’ve been taking medicine again,” Juice warbles) are jarring considering his untimely passing, his appeal will forever be in the raw emotion of his artistry, and this new song contains plenty of it.

Before the end of 2021, Polo G will take a well-earned victory lap by releasing Hall Of Fame 2.0, the deluxe version of his breakthrough album from earlier this year. The expanded project will include another flex from the Chicago MC: “Bad Man (Smooth Criminal)” interpolates the Michael Jackson classic and translates its pop appeal into a new generation, letting Polo thump his chest over a rare co-sign from the MJ estate.

Last month, K-pop collective TWICE released “The Feels,” a wondrous pop track that hinted at the group’s ambitions as crossover stars following a steady global rise. Third album Formula of Love: O + T = <3  confirms those lofty goals: across an extended track list, the group finds ways to amplify their hooks, vocal stylings and collective appeal while still finding opportunities for each member to take their time in the spotlight.