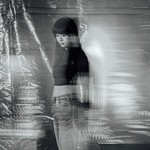 This week in the dance world: EDC Las Vegas boomed back for the first time since 2019, Lee Burridge’s All Day I Dream party brand announced its first-ever festival, Ultra Music Festival 2022 released its huge phase 1 lineup, we got a look inside Manhattan’s newly opened mega-club Nebula, Clean Bandit dropped a video for their remix of Whitney Houston’s “How Will I Know,” we checked in with RÜFÜS DU SOL about their new album and also saw the Australian trio perform on late night TV.

Meanwhile, New York nightlife legend Eddie Dean reflected on returning to live this Halloween weekend, the Avicii estate celebrated the 10-year anniversary of “Levels” with a never-before-seen performance of the song, Skrillex played his first U.S. set since the pandemic at Brooklyn’s Avant Gardner and Kygo entered Hot Dance/Electronic Songs with his X Ambassadors collab “Undeniable.”

That’s a lot, but there’s more. Here’s the best new dance music out this week.

Qrion, I Hope It Lasts Forever

Time feels suspended when listening to Qrion’s debut album, I Hope It Lasts Forever (out today on Anjunadeep). Inspired by memories of her father and life in her former hometown of Sapporo, the Japanese-American producer conjures nostalgia through gentle, sparkling melodies and reverb effects that drift into the ether. It’s hard to not tear up during recent single “Proud,” where the bursting refrain “I’m so proud” prompts flashbacks of learning how to ride a bike or winning an award. Other songs like “Waterfalls” reveal nostalgia’s melancholic shadow.

Beneath the shimmer, a heaviness hangs. The kicks hit harder and deeper with crashing cymbals and a mesmerizing, Jon Hopkins-like evolving bassline made for rumbling pitch-black rooms. Like its album’s namesake, it’s a song you wish could last forever. “I feel music often creates a bridge to access memorable parts of our lives,” says Qrion, “and in this sense I Hope It Lasts Forever is a very personal and special album to me. My hope is that my music and this album will also become part of other people’s memories — something that people can carry with them into the future.” — KRYSTAL RODRIGUEZ

A deadmau5 and Foster the People collaboration was not on our 2021 end-of-year bingo card, but now that we’ve heard “Hyperlandia,” we can’t get enough. On this cut, the masked producer shows off his softer side, diving into a luscious synth melody that slips through the mind like a neon daydream. Mark Foster matches the glittering mood with some high-pitched lyrics about getting lost in an after-hours urban adventure, an ode to temporary love and quick fixes. It’s the kind of groove we could ride for hours on end, a smooth listening experience that’ll make your Halloween weekend sound extra smooth as well. — KAT BEIN

A year on from her third album All the Time, Jessy Lanza has announced her next big release: the 76th edition of !K7’s DJ-Kicks series. The compilation, which arrives November 19, pursues a “bleary 4 AM feeling” and features four new tracks from Lanza, including “Seven 55” featuring Loraine James. James’ skittering production and ballooning bass is mischievously playful — they ground Lanza’s honeycomb vocals, sweet and airy, as she digs into a halfhearted partner: “How could you give it up / Just like that?”

“I wrote ‘Seven 55’ about a close friend and his inability to commit,” writes Lanza. “I fantasized about the women caught in his web and wrote ‘Seven 55’ from their point of view. I think it’s important to face a nightmare head on so what better place than Las Vegas to shoot the video for a song about longing and denial.” — K.R.

Are you in the market for a pretty song about damn near losing your mind? The whole planet is holding on for dear life, which is what makes the smooth electro-pop sounds of Wave Racer’s debut LP To Stop From Falling Off the Earth such a welcome breath of fresh air. The 11-track collection is a reinvention of the future bass artist’s sound, but not a surprise to fans who’ve been following along. The beats and melodies are still cute, but now he’s got his vocals all over them, singing about all the toughest parts of growing up and getting on with life.

“All of these songs are made from a feeling of being at a loose end — like flailing around in the wind directionless, with no anchoring in reality,” the producer says. “To Stop From Falling Off the Earth is an attempt to say, ‘This album is going to remind you about the things that you can do to ground yourself,’ and these are the things that have happened to me and have worked for me. This is a story about preventing myself from losing touch with reality.”

It’s a fun sonic adventure from start to finish, but we’re highlighting the closing track “Full Circle,” because that’s what it feels like. All the familiar Wave Racer sounds are there, but they’re presented in a new style that perfectly defines the artist as he exists today. — K. Bein

Maceo Plex returns with a sublime slice of melodic techno that stretches past the six minute mark. Even at this length, you don’t want “Revision” — a collaboration with vocalist Giovanni Gonzalez — to end, with the song soaring and stretching propulsively with elegance and energy. The must-watch accompanying video is an homage to the early-’90s rave scene (the producer himself shouted out Program 2, the ’90s techno act from Victor Calderone and Gene LaFosse) with the straight-laced protagonist unearthing a box of club ephemera and  morphing into a full-fledged party monster on a sublime adventure through the underground that may make many of us nostalgic for our own old days. A truly memorable track, “Revision” is the first single from the forthcoming and just-announced Maceo Plex album. — KATIE BAIN

Nightmares On Wax, Shout Out! To Freedom…

The spatial, heady, genre-blurring legend returns with his first album since 2018, with Shout Out! To Freedom… finding the artist born George Evelyn in a contemplative mood after years that brought both the downtime of the pandemic and a cancer scare. “I remember going into writing this album and having a conversation saying that I need to go into this album as if this was the last album I was ever going to write,” he says. “I asked myself: ‘What would I do? How deep would I go?’”

While his test results thankfully came back negative, this brush with mortality definitely inspired Evelyn to go deep, with  Shout Out! To Freedom… traversing sounds, moods and BPMs, but with everything on the album amalgamating into a rich, deep, intelligent and also often playful listening experience. The new LP is out via Warp, with Evelyn serving as the British label’s longest standing artist. — K. Bain