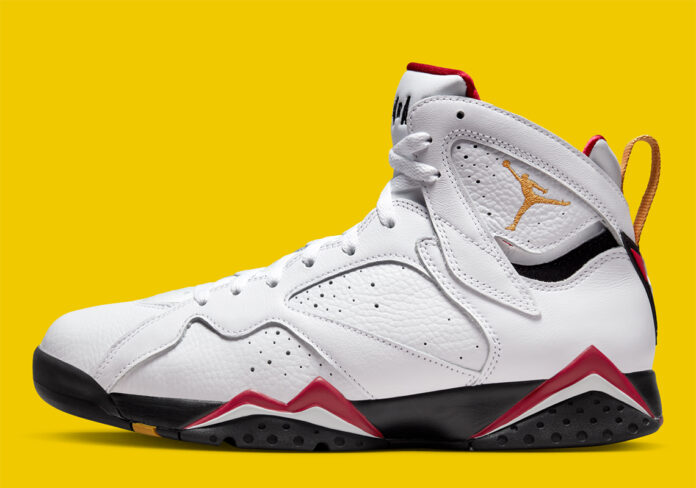 Back in March, it was unveiled that the Air Jordan 7 “Cardinal” would be returning for the first time since 2011, marking the colorway’s fourth-ever Retro. And today, just about a halfway through the shoe’s 30th Anniversary, official images of said re-release have finally surfaced.

Much like the “Citrus,” whose comeback is scheduled for later this month, the “Cardinal” is relatively faithful to its source material. The titular red is found on all of the same places, accenting the midsole, lining, and heel. “Chutney” is used not far adjacent, specifically across the pull-tab as well as the Jumpman embroidered onto the collar. Fixtures elsewhere, such as the tumbled and smooth leather paneling, clash somewhat in a bright white, which contrasts the black finish of the midsole as well the branding along the tongue and counter.

For a closer, official look at the Air Jordan 7 “Cardinal,” see below. These are expected to release through Nike SNKRS and select retailers on November 26th.

In other news, the Air Max 97 Silver Bullet is also expected to return this November.