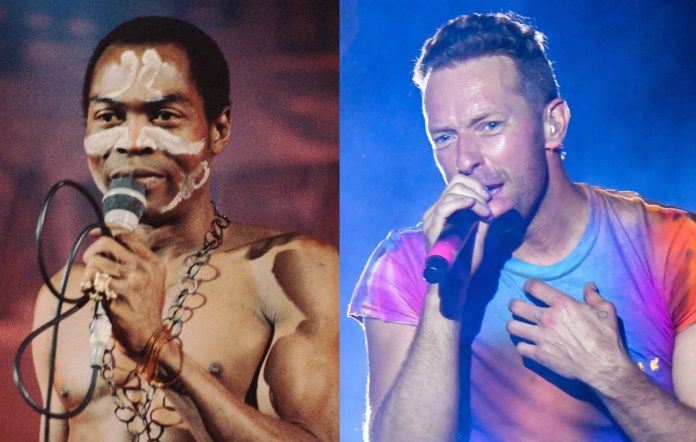 The collection which is released on December 10, also features a 20-page full-colour booklet featuring introductions by Martin and Femi Kuti, seven in-depth commentaries on each album by veteran music journalist and Afrobeat historian, Chris May, song lyrics, never before published photos of Fela Kuti and stills taken from the 1982 documentary Music Is The Weapon.

A new extended version of ‘Original Sufferhead’ has also been shared, which you can listen to below.

The 20-date eco-friendly tour kicks off on July 2, 2022. It will also take in US and Latin America, across 40 stadiums for dates that have completely sold out.

The band also recently covered PinkPantheress‘ ‘Just For Me’ in the Radio 1 Live Lounge.

The track appears on the rising producer’s recent debut mixtape ‘To Hell With It’, which came out earlier this month (October 15).

Discussing the band’s decision to cover the track in the Live Lounge, Martin said: “I was finding out about PinkPantheress and she’s so great and talented and wonderful.”