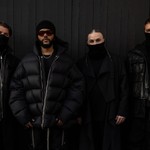 “Moth to a Flame,” Swedish House Mafia and The Weeknd’s new collab, has topped this week’s fan-voted new music poll.

Music fans voted in a poll that was published Friday (Oct. 22) on Billboard, choosing “Moth to a Flame” as their favorite new music release of the past week.

“Moth to a Flame” brings pop superstar The Weeknd into Swedish House Mafia’s dance revival; the trio is back together after several years apart and looking forward to an upcoming tour that includes a performance at Coachella.

“When we came back together again, it was like we had to rediscover what this was,” the group’s Steve Angello said in an interview published by Billboard over the summer. “We all have our different likings, obviously. [But then] Seb shows me something, or Ax shows me something I have never seen or heard, and it becomes this magic again that we had when we were young.”

See the final results of this week’s poll and listen to “Moth to a Flame” below.