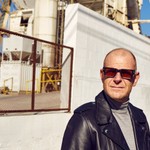 French authors’ rights society Sacem has named Cécile Rap-Veber as CEO and David El Sayegh as deputy CEO. Rap-Veber, the first woman to be appointed CEO of Sacem since its creation in 1851, replaces Jean-Noël Tronc, who has held the position since 2012.

Rap-Veber’s previous title was director of development, international and operations and she was also a member of the org’s executive committee. She handles global partnerships with media and music publishers and along with David El Sayegh, is in charge of the project to create a new collective management body for press rights in France.

El Sayegh, eeputy CEO, has been secretary general since 2013, in charge of the legal department, institutional relations, anti-piracy and music services.

In a role specifically created for him, Holkenborg (also known as a “full-contact composer”), will work with musicians and composers alongside Heavy Metal Entertainment CEO Matthew Medney and president and head of studio Tommy Coriale.

“I’ve been reading Heavy Metal since I was a kid. I was a huge fan of Moebius titles like Blueberry, I loved its punk, outsider vibe,” shared Holkenborg in a statement. “Heavy Metal has an incredible history and the chance to work alongside other composers and the studio itself to help shape its sound is unique and thrilling, especially to someone like me who spent his early music career as an Industrial noise producer!”

Chandler joins Hill Entertainment Group following his seven-year tenure at WME where he was previously a booking agent in the country music department. In his new role as director of business development, Chandler will strategize innovative opportunities for Hill’s management clients. He will facilitate brand partnerships as well as coordinate and direct touring efforts.

Jones, who has been with Hill Entertainment Group for nearly five years, has been promoted to creative director where she will oversee the creative around clients’ marketing campaigns, as well as develop and manage social media for their robust roster. She will continue her work coordinating photo and video shoots for her clients, in addition to managing music distribution and relationships with streaming platforms.

A multi-platinum-selling songwriter, Melanie’s hits include “Boy With Luv” by BTS & Halsey, “Good In Bed” by Dua Lipa, “I Can’t Stop Me” and “Cry For Me” by TWICE, “Mood Ring” by Britney Spears, and more. Since partnering, Melanie and Grammy-nominated producer Brown have continued their success creating hit songs including “Bet You Wanna” by Blackpink ft. Cardi B and “Take It Home” by Mabel.

Melanie says, “It’s an honor to be taken under Tommy’s wing and to have an unobstructed front-row seat, seeing how he uses his innate talent to construct songs, equalize energies, build teams and guide projects to their fullest potential. To be a piece of the Champagne Therapy puzzle is a dream come true.”

Brown says, “When Melanie and I started working, it was a no brainer. She is brilliant with her wordplay and melody choices and brings something refreshing to the culture. Excited for our future works and to show the world what we’ve been building.”

Concord has announced the appointment of Andrew Woloz to vice president, streaming. Woloz, who was formerly senior director of streaming, will be based in Concord’s Los Angeles office and will report directly to chief label officer Tom Whalley.

“For the last several years, I’ve had the pleasure of growing with Concord and the incredible range of artists we are fortunate to work with on a daily basis,” shared Woloz. “We have been early in identifying new verticals of consumption growth and have been building a streaming department positioned to achieve at the highest level for our artists. I look forward to continuing to work closely with Tom and General Manager Jill Weindorf to provide best in class knowledge, strategy and support to our artists in the ever-changing digital music landscape.”

“As we continue our strategic global expansion, we are focused on working with the most important independent labels and artists in the world,” said Bob Roback, CEO of Ingrooves Music Group. “Luca is a highly respected industry veteran who is already proving to be an invaluable part of our global team helping us achieve this goal in Italy. He brings extensive knowledge of the music market in Italy and incredibly strong relationships throughout the industry. He’s the perfect executive to lead our efforts in Italy.”

“It was easy to decide to come to Ingrooves, the most advanced digital distributor in the world,” said Stante. “With the backing of Universal Music Group and the independence to quickly react to changing market conditions, I believe Ingrooves has the competitive advantages to ensure our partners achieve the best growth available in the market.”

Warner Chappell Music France has announced the appointment of Nathalie Monnet as legal director and Lucie Sort as finance and administration director.

Sort joins the publisher from Warner Music France, where she had served as controlling director since 2014. She is succeeding Dalila Revenu, who’ll be retiring after being with the company for almost 40 years.

Monnet moved to Warner Chappell Music from Universal Music Publishing France, where she had worked in the Business Affairs team since 2008.

Sort says: “It’s an exciting time to be joining Warner Chappell Music France, which is performing hugely strongly under Matthieu’s leadership. And I know I’ll be building on the amazing legacy of Dalila, who has been such a crucial part of the team for so many years. Our industry is fast-changing and I want to help Matthieu and the team write the next chapter for our company, we’re hugely ambitious and we want to grow even further.”

Monnet adds: “I’m so pleased to be coming home to Warner Chappell Music. I’ve fond memories of my last time working here and it’s an honour to take up this critical role in support of our songwriters. Warner Chappell Music is more than just as publisher, it’s a music company with a great track record of discovering and breaking artists and songwriters, making it a truly exciting place to work.”

Moor and Goodhall join Mirriad following the 2020 launch of Mirriad’s Music Alliance, a coalition dedicated to merging the marketing and music industries to offer brands, artists, and fans creative and financial opportunities via brand placement.

“We couldn’t be more thrilled to have such creative and forward-thinking minds such as Martin and James to join us as we expand our Music Alliance initiatives,” said CEO Stephan Beringer of Mirriad. “As the advertising industry continues to evolve with brands looking for authentic ways to engage with their consumers, we at Mirriad are continually working to present impactful and non-disruptive in-content advertising opportunities that drive brand recognition. These additions to our team will have a tremendous impact on our future success as a company.”