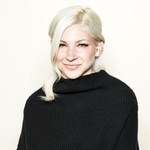 Distribution and payments platform Stem has made three promotions to expand its business team. Kristin Graziani has been promoted to president of Stem distribution and will be responsible for overseeing the expansion of Stem’s distribution arm and acquisition of new business. She joined Stem in 2017 and most recently served as vp artist and label relations. “I’m grateful for the opportunity to continue to drive Stem Distribution forward in this increasingly competitive landscape,” Graziani said of her promotion.

Todd L. Perry IIhas been promoted to vp artist and label relations, hip-hop and R&B, responsible for signing talent within those genres at Stem. Perry comes from Create Music Group, where he was vp A&R and worked with artists like Tory Lanez and DJ Funk Flex. “I’m extremely excited to join the Stem team and continue to advocate for independent artists,” Perry said of his new position.

YM&U Group, a talent management collective, has hired SuzAnn Brantner as head of marketing for the U.S. Music Division.

In her new role, Brantner will oversee the existing marketing staff, which handles digital and overall marketing campaigns for the YM&U roster in the U.S. including Steve Aoki, blink 182, Sullivan King and Yung Gravy.

“Having worked with YM&U for over seven years as a marketing consultant for Steve Aoki and others, I am excited to join a global management firm that is forward thinking, technology driven, and puts artists first,” Brantner said. “I look forward to working with the artists and team as well as serving on the U.S. Music Board.”

In her new position, White will promote Nederlander Concerts’ live events, core venues and manage corporate communications. She is responsible for creating and executing entertainment PR campaigns and driving media relations for live events, as well as working alongside the marketing team for company-wide initiatives.

“Lisa’s concert and venue experiences make her the ideal candidate to expand on our external communications goals,” said Nederlander’s vp marketing Jamie Loeb in a statement.

“I am honored to be a part of Nederlander Concerts,” White added. “I’ve always been so impressed by the organization and look forward to working with the marketing team to further their goals and raise awareness of their extraordinary work.”

Al-Dabbas will lead IFPI’s work across the region to expand its commercial uses and campaign for the rights of record producers. Reporting to IFPI CEO Frances Moore and based in Abu Dhabi’s media-focused free trade zone (TwoFour54), Al-Dabbas will open IFPI’s first office in the MENA region. According to IFPI’s Global Music Report, recorded-music industry revenues for the MENA region grew 37.8% in 2020, up to $63.4 million, due mostly to growth in music streaming.

“It is an exciting time to join IFPI and work with our member record labels to support the continued growth and development of the recording industry in the MENA region — especially now with the thriving music market in the region,” Al-Dabbas said in a statement. “Our work will help to accelerate and further drive this regional music evolution.”

Warner Music is launching Atlantic Records Benelux, which will focus on discovering and promoting up-and-coming domestic hip-hop artists from the Benelux region.

Atlantic Records Benelux will be led by Sander Stijnen as head of A&R and Ixia Verdooren as head of domestic marketing. The new label in the Benelux region marks its launch with the signing of Dutch artist DJ DYLVN, who released his solo debut EP Chase in 2018.

“It’s a huge privilege to build on that legacy here in Benelux and we’re delighted to launch our roster with DJ DYLVN, a hard working artist and DJ who combines amazing talent with great vibes,” Stijnen said.

Concert promoter Jovan Polanco has joined Live Nation under the Live Nation Concerts division. In his new role, Polanco will be focused on booking artists and talent throughout the southeast region in the U.S., as well as working on national tours across hip-hop/R&B, pop and Latin.

“They are a company I have long admired — the fact that I get to join their team and work with some of the best artists & leaders in live music across the globe is a blessing,” Polanco said. “It lets me know I am doing something right.”

“We are all very excited to have Jovan join the Live Nation team. He comes to us with a great passion and enthusiasm for live music,” said Brittany Flores, president of Miami for Live Nation Concerts.

BBR Music Group promoted Matthew Holmberg to the label group’s director of marketing, where he will report to JoJamie Hahr, senior vp of BBR Music Group.

“Matthew is the perfect fit for this role,” Hahr said in a statement. “His passion, creativity and attention to detail is unmatched. He is so loved by our artists and their teams, and we are so thrilled to have him dig in.”

Ben Hutto has dropped his previous title as artist manager for a new position as director of brands and sponsorships at Triple 8 Management.

“Ben and I actually met when he was in college — he was managing Judah & the Lion while they were all students at Belmont together,” noted Triple 8 executive partner Paul Steele. “I was so impressed by him and the band that I offered him a job the day he graduated and it’s been a pleasure to work together ever since.”

Big Machine Recordshas promoted Erik Powell to vp, promotion and marketing. The advancement comes as he celebrates 15 years with the company and continues to foster opportunities between country radio and the label’s artist roster.

“Erik has proven time and time again to be a valued leader and always gets the job done at a very high level with great integrity,” Big Machine Records GM Clay Hunnicutt said. “His belief in our process, our people, and our artists is second to none. I can’t wait to see what Erik will do over the next 15 years.”

“I am so excited to take on this new role with my Big Machine family,” Powell said. “Over the past 15 years, I have been blessed to be part of some incredible accomplishments and wonderful memories. Thanks to Scott, Clay and Kris for this new opportunity. I can’t wait to see what this next chapter has in store.”

“FADER Management is a natural evolution of the artist development we offer through all of the services Cornerstone and FADER provide,” FADER co-founder Jon Cohen said in a statement. “Management enables us to use the infrastructure across our companies to play a bigger role in helping artists build and execute the right strategy and develop incredible creative.”

“The FADER has always been about the ‘creator first’ in music, film, live events, podcasts and collaborations,” FADER co-founder Rob Stone said. “Now with our management division, we’re able to truly partner with best-in-class musicians to create their visions and inspire audiences worldwide.”

Jasmine Hsiao has been promoted to the position of managing director at Warner Music Taiwan. She will report to Chris Gobalakrishna and Jonathan Serbin, co-presidents of Warner Music Asia.

Based in Taipei, Hsiao will handle the company’s operations in the local market and serve as a member of Warner Music’s regional executive team. Warner Music Taiwan’s senior management team has also appointed Carol Chu as international marketing director and Catherine Chien as senior domestic marketing and business development director.

“I’m excited to take up this opportunity to lead the brilliant team here in Taipei,” Hsiao said in a statement. “In addition to its heritage as a prolific producer of Mandopop for Chinese music fans around the world, Taiwan is also building a reputation in emerging genres such as hip-hop and rap. Our team is well-positioned to aggressively expand our roster across all these fast-growing scenes and take a leading position in the market.”

Greg Williamson and Nicole Rechter have launched of RWE Partners with a full lineup of events and partnerships across New York City and beyond.

Over the past six years, Williamson and Rechter have worked with a lineup of partners and celebrities to produce high-profile concerts. The causes taken on by the pair range from poverty, social justice and veterans’ well-being to supporting small independent music venues hit hard by the pandemic.

The concept was born when Williamson, a real estate broker and investor, was inspired to bring people together in a heartfelt celebration of music to raise funds for the beloved NYC-based God’s Love We Deliver, a charity that feeds New Yorkers living with life-altering illnesses.

Williamson, a real estate broker and investor, says he found “a kindred spirit and business partner in Rechter (who had a 20-year background as the owner of a global events company).”

Kasey Fries has been promoted to the role of vp operations, where she’ll continue to oversee distribution operations for Downtown Music Services. Her team provides tools to the DMS roster of independent artists and labels and interfaces directly with DSPs to support each release.

Geoff Halliday has been promoted to the role of vp marketing, where he’ll oversee the marketing of Downtown Music Services clients across their sound recording distribution roster. He will also be responsible for driving discovery of independent artists, some of which have recently included DMS clients like mehro, Fancy Hagood, Zach Hood and the debut of Dixie D’Amelio.

Bryan Mooney has been promoted to the role of vp A&R (pop/alternative) where he’ll oversee the global signing and development of pop/alternative artists and labels to the Downtown Music Services sound recording distribution roster that currently includes Cheat Codes, Hunter Hayes, Matoma, Mick Management’s Mick Music, RAC and others.

Anderson started his career working in Atlanta at Soul Asylum Music and Twelve Music Group, where he began working as an A&R assistant and would eventually meet and manage Blac Youngsta.

Anderson commented: “Create Music Publishing has been flying under the radar for some time now, but every week their writers and producers make up a sizable portion of the singles charts. I’m excited to work alongside Carl to continue to build upon what he’s accomplished in such a short time.”