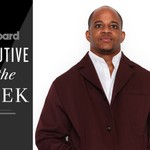 In a week when the songs charts were all dominated by the long-awaited return of Adele, the albums chart saw another artist flash some top-level success: Young Thug’s Punk debuted at No. 1 on the Billboard 200 this week, giving him his second No. 1 album of the year (and third ever) following the YSL Records compilation Slime Language 2 in April.

It’s a big deal for Thug, who had become a mainstay in the top 10 over the past half-decade with commercial mixtapes, compilations and joint releases before finally reaching the chart summit in 2019 with So Much Fun. But with his two No. 1s this year, Thug has cemented himself as a perennial chart-topper — and the success of Punk earns 300 Entertainment vp A&R and YSL Records vp Geoff Ogunlesi the title of Billboard’s Executive of the Week.

Here, Ogunlesi — who has been working with Thug through the artist’s YSL imprint since 2015 — talks about the importance of trusting your artist and nailing the timing of a release to maximize the work that’s being promoted, especially with an MC as prolific as Thug, who has released more than a dozen projects of varying lengths over the past six years. “I don’t try to change him or make him something he’s not,” Ogunlesi says. “Rather, I adapt to who he is and his current growth and I try to maximize it.”

Young Thug’s Punk debuted at No. 1 on the Billboard 200 this week. What key decision did you make to help make that happen?

First, I want to say how much of an honor and a blessing it is to debut at No. 1. I couldn’t be more grateful. I think the key decision made to help make this happen was sticking to our guns, not wavering or changing our plan, and staying firm with the vision that we had from the beginning.

This is Thug’s second No. 1 album this year, following the YSL compilation Slime Language 2. How did you approach these projects differently?

We definitely approached these projects with a specific focus on timing. Capitalizing on timing and momentum and trusting the music that we have has been the biggest thing.

You’ve been working with Thug since 2015. How have you helped him grow through the years, to get to the point where his albums are now consistently at the top of the charts?

I can’t take a lot of the credit — a lot of it is him. He is an exceptional artist with an amazing talent. With an artist like that, it’s only a matter of time before the world catches on and his or her commercial success matches that of the critical acclaim. With Thug, it was really just a matter of time. In terms of how I’ve helped, I think I’ve just helped to add structure and a bit of planning to what he’s already doing. I don’t try to change him or make him something he’s not. Rather, I adapt to who he is and his current growth and I try to maximize it.

How has the business changed over that time, and how has it affected how you do your job?

Since 2015, the biggest change in the business has been streaming. At that time, we saw a huge shift from iTunes and sales to streaming. Streaming has become this large force that is behind how music is consumed nowadays, especially as it relates to catalog. It makes it way easier for older songs to get new life, and it makes it way easier for new songs to take off faster. For me as an A&R, it hasn’t affected how I approach the music. It will always be about putting good music at the forefront. But, it has changed a few nuances in terms of release strategy.

How much of a role does social media play in setting up and rolling out an album these days?

Social media plays a massive role. I think albums, to keep coming back to this same concept, are all about timing. It’s about capitalizing on momentum and finding that sweet spot, timing-wise, to drop. Social media is an amazing way to garner interest and keep momentum and excitement going for the project by means of snippets and artist promotion tactics. It keeps artists in the conversation until the album comes out.

What are the trends in the industry broadly, as well as in A&R, that you’re keeping an eye on moving forward?

To be honest, I try not to focus on trends. I am blessed to work very closely with someone who is known for setting the trends. That rubbed off on me. I am definitely aware of certain trends that are happening on TikTok and other spaces, but I try not to be dominated by them. At the end of the day, it’s all about the music and great artists. Trends are something to be aware of but not to be governed by. So, I see them, but I try not to pay too much attention. I get way more excited by what the future is, or will be, than the current trend.