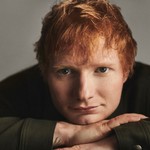 “I have grown up, I am a father now/ Everything has changed, but I am still the same somehow,” Ed Sheeran declares on the opening line of his fourth solo studio album, =. And it couldn’t be a more fitting way for the superstar to kick off his latest project.

The 14-song LP, which arrived Friday (Oct. 29) on Atlantic Records, is arguably Sheeran’s most mature work to date. As he said in his album announcement in August, “I’ve been through love, loss, new life, grief and everything in between.” Through it all, Sheeran has come out with a record that shows growth lyrically and musically, but still holds true to his moving storytelling and distinctive instrumentation that longtime fans have loved from the start.

As you soak up Sheeran’s latest opus, check out Billboard’s preliminary ranking of the 14 = tracks below.

Sheeran closes out = with a live-in-the-moment message on “Be Right Now.” Though its meaning is purposeful, the track lacks the magic of an immediate Ed melody or the impact of his brilliant knack for production.

There are several nods to Sheeran’s daughter on =, but this one is very clearly Lyra’s song. A plinking xylophone assists the singer’s tender falsetto as he paints a world full of “rainbow sugar rivers” and “snowmen made of ice cream” to croon his little girl to sleep. While it’s not an album standout, it does suggest that an Ed Sheeran Lullabies album could be in the new dad’s future.

It seems Sheeran’s wife Cherry got her own lullaby on = as well. “The Joker and The Queen” is a piano-driven ballad that serves as an ode to Sheeran’s, well, queen. Although the soft tune doesn’t quite measure up to the album’s other love songs, the fairytale metaphor is heightened by a sweeping orchestral arrangement that is straight out of a Disney ballroom scene.

After Sheeran tugged at our heartstrings with the ÷ track “Supermarket Flowers” — a tribute to his late grandmother — he pulls out another tearjerker with “Visiting Hours.” The song mourns the loss of Australian record executive Michael Gudinski (who passed away in March) as the singer begins to face life without him. It’s as sad as it sounds, making it a track you only listen to when you’re in need of a good cry.

As its statement-piece opening line insinuates, “Tides” is Sheeran’s proclamation of just about everything he’s experienced while making this album: becoming a father, cutting back on drinking, regaining his confidence as an artist, and having his wife there through it all. With a signature punchy guitar line to boot, it’s no wonder why he chose to start the album off with the dynamic track.

Seemingly one of the first songs Sheeran wrote for = (he revealed in an Instagram post that he wrote the single “as soon as the Divide Tour ended” in 2019), “Shivers” is also one of the reasons the album wasn’t titled -, as many fans anticipated. And rightfully so: its rollicking rhythm and hand-clap beat make the song far too exciting to be part of a “minus” lineup.

Sheeran is a master at writing universal love songs, and while there may not be one here to match the ubiquity of “Thinking Out Loud” or “Perfect,” “Love in Slow Motion” is certainly a valiant effort. “Oh I wanna love tonight/ One on one by the candlelight/ Over and over we spend our lives/ Living fast forward/ But not tonight/ Love in slow motion,” he serenades on the undulating track, making hearts yet again melt with every word.

One of the many uptempo tales of a lifelong romance on =, “Overpass Graffiti” is also one of the album’s more unique tracks sonically. With a disco-tinged rhythm and echoing production, it’s a solid representation of Sheeran’s ability to make you feel his passion while also making you get up and dance.

As if we needed any more proof that Sheeran is going to be an amazing #girldad, he wrote Lyra a promise of just that. Despite being one of the highest-grossing touring musicians of all time, Sheeran declares that she’s always on his mind, even when he’s touring the globe (“Forever and now I will be by your side,” he sings in the chorus). The lighthearted melody supports his passionate vocals by simply adding to the sweetness.

There’s that gritty guitar Sheerios love! “Stop the Rain” is an uplifting reminder to ward off naysayers, accented by a snappy beat and a foot-stomping melody that is classic Ed. The lyrics might not be quite as feisty as previous releases that feature a fiery riff, but perhaps that’s because Sheeran is clearly feeling better than ever.

Sheeran has delivered plenty of radio-ready smashes throughout his career, and “Bad Habits” is the prime example of that skill on =. Sure, “Shivers” is comparable, but there’s something instantly striking about this lead single: between the eerie, howling “ooh-ooh-ooh-ooh” post-chorus and the thumping bassline, “Bad Habits” becomes one of those songs that refuses to leave your head.

We’ve seen Sheeran’s waltzing skills in the “Thinking Out Loud” video, and now it’s time for him to two-step. Whether or not we get to see Sheeran’s moves again, “2step” is one of the most memorable = tracks — but not necessarily for expected reasons. It doesn’t have the catchiest hook or the most affecting lyrics, but it does feature some classic Ed raps and a racing refrain.

To those looking for a callback to Sheeran’s poignant debut, 2011’s + — here you have it. The singer’s delicate vocals are reminiscent of “Lego House,” and the heartfelt narrative is a prime example of the vulnerable romance his songwriting has displayed from the beginning. What makes “First Time” special, though, is the way it ushers in the next chapter of the singer’s personal life — one that is seemingly going to spawn more swoon-worthy tunes.

Sheeran can make any of his songs sound dynamic onstage thanks to his trusty loop pedal, but “Collide” may end up being the coolest live spectacle yet. The layered vocals create an absorbing effect even through headphones, resulting in a sonic experience that displays Sheeran’s awe-inspiring musical ability as well as his love for his girls. And with an ending that strips down to just Sheeran’s velvety voice, “Collide” represents a culmination of everything that makes Ed one of pop’s greats.