HomeNewsEurovision Song Contest 2022 to be held in Turin, Italy
News

Eurovision Song Contest 2022 to be held in Turin, Italy 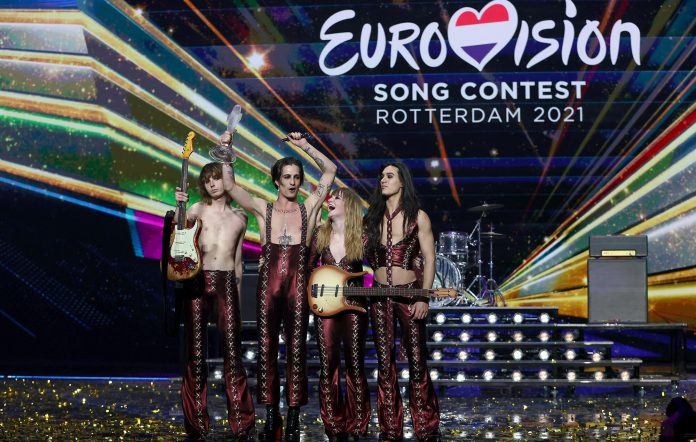 Turin has been announced as the host city for the Eurovision Song Contest 2022.

The singing competition, which was won by Italian rock band Måneskin in Rotterdam, the Netherlands, last year, will take place at PalaOlimpico in the Italian city next May.

Last year’s event took place with strict coronavirus restrictions, and several acts including one-time Icelandic front-runners Daoi & Gagnamagnio had to pull out due to testing positive for COVID. The previous year’s event was cancelled due to the pandemic.

The European Broadcasting Union (EBU), which produces the contest, made the announcement in a video running down Italy’s two previous times as host: Naples in 1965 and Rome in 1991.

“As we saw during the 2006 Winter Olympics, PalaOlimpico exceeds all the requirements needed to stage a global event of this scale and we have been very impressed with the enthusiasm and commitment from the city of Turin who will welcome thousands of fans next May.

“This will be the first Eurovision Song Contest to be held in Italy in 30 years and, together with our host broadcaster Rai, we are determined to make it a special one.”

James Arthur, who represented the UK at the last contest, received zero point for his song ‘Embers’ at the 2021 competiton. He was the only contestant to score nil points from the jury and public votes.

It marked the fifth time that the UK has finished last, and only the second time with a total points wipe-out – the previous being in 2003 when Jemini performed ‘Cry Baby’.

The post Eurovision Song Contest 2022 to be held in Turin, Italy appeared first on NME.

Share
Facebook
Twitter
Pinterest
WhatsApp
Previous articleLil Wayne shares song thought to have been recorded in the late 2000s, ‘Ya Dig’
Next articleAlice Cooper opens up on battle with alcohol addiction: “I loved my life, but I hated my life.”