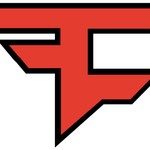 FaZe Clan, the esports collective and lifestyle company that counts the likes of Jimmy Iovine, Sylvia Rhone, Troy Carter and Guy Oseary as well as artists like Offset, Pitbull and Yo Gotti among its investors, announced today (Oct. 25) its intention to become a public company through a special purpose acquisition company (SPAC) merger with an affiliate of B. Riley Financial.

Under the terms of the deal, FaZe Clan is estimated to be worth some $1 billion, the company said. (Billboard profiled the company last year.)

FaZe Clan has attracted a huge audience to its core esports gaming vertical, which has grown to include film, TV, branding, merchandising and music arms, and reaches around 350 million people across its social platforms. And it has attracted the attention of the music business; those investors were part of a $47 million Series A funding round in December 2019 led by Iovine and e-commerce company NTWRK at a $250 million valuation, while Offset and Lil Yachty are among the group’s celebrity members. CEO Lee Trink is also a music business veteran, having worked at Atlantic Records, Virgin Records, Capitol Records and Lava, as well as operating as Kid Rock’s manager for a time.

“We are thrilled to announce this important milestone of FaZe Clan’s plans to enter the public market,” Trink said in a statement announcing the move. “In our short history, we have evolved from a disruptive content generator to one of the world’s most decorated and successful esports franchises, and now into one of the younger generations’ most recognized and followed brands globally. We believe FaZe Clan is becoming the voice of youth culture, a brand that sits at the nexus of content, gaming, entertainment and lifestyle in the digital-native world. This transaction will provide us capital and access to the public markets, which will help us accelerate the expansion of our multi-platform and monetization strategy.”

The deal, subject to approval by the boards of both FaZe Clan and B. Riley Financial as well as regulatory agencies, is expected to close in the first quarter of 2022. Trink would then continue as CEO of the combined entity and become chairman of the board, with Amit Bajaj as CFO, Kai Henry as chief strategy officer and Tammy Brandt as chief legal officer. The company would then become FaZe Holdings Inc., and would begin trading on the NASDAQ under the symbol FAZE.

Existing FaZe Clan stockholders will own 68% of the equity interest in the company following the completion of the transaction, according to a press release, while the proceeds from the transaction, totaling $291 million, will be earmarked for its “global multi-platform growth strategy spanning content, gaming, entertainment, and consumer products, including potential acquisitions.”

With such a wide audience, and a young one — FaZe says that 80% of its audience is between the ages of 13 and 34 — the music business has taken notice, with partnerships with Interscope and the late Juice WRLD for a merch bundle around the artist’s 2020 album Legends Never Die among the integrations so far. And FaZe Clan has even gotten into music itself — last month, FaZe Kaysan released a new collaboration with Future and Lil Durk, “Made A Way,” with a music video that has racked up 3 million YouTube views in less than a month.