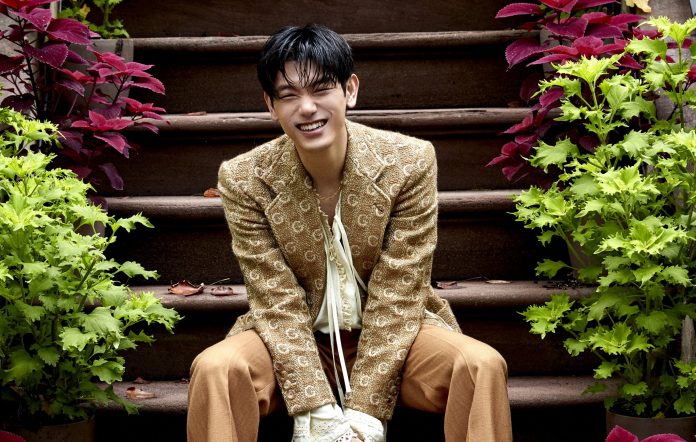 Korean-American singer Eric Nam has announced his sophomore album with a brand-new single, ‘Any Other Way’.

READ MORE: Eric Nam on his reinvention: “It’s an approach to music that I’ve wanted to take for a long time”

Titled ‘There And Back Again’, the album marks Nam’s second all-English full-length release following 2019’s ‘Before We Begin’. The LP will be released January 7, 2022, and will feature the previously released track ‘I Don’t Know You Anymore’ as well as his latest single, ‘Any Other Way’.

‘Any Other Way’ premiered today (November 12) alongside a music video directed by Scott Lazer. The stylish clip features Nam exploring the countryside, dancing on a boat and in a forest.

In a press release, Nam said that the track is about “loving who you are, wherever you are and whoever or whatever it is you love”. “There are moments in our lives where we feel incredible conviction and security in what we feel, believe, and love,” he added.

“To understand this sentiment and be 100% grounded in it is an incredible emotion and it’s this positivity, confidence and love that I wanted to express in this song.”

Nam is expected to embark on a world tour next year, which kicks off January 24, 2022 in Phoenix, Arizona. The singer will also play across the UK and Europe in spring 2022, with stops in Stockholm, Prague, Milan and London.