HomeNewsEric Clapton reportedly donated £1,000 and lent his own van to anti-lockdown...
News

Eric Clapton reportedly donated £1,000 and lent his own van to anti-lockdown music group touring the UK 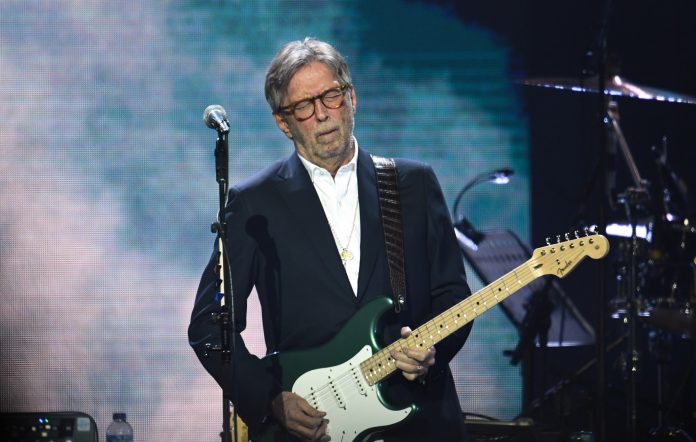 READ MORE: So, you’re ideologically opposed to your favourite pop star. What next?

A new Rolling Stone story reports on the guitarist’s support of Jam For Freedom, who describe their purpose as “spearheading the pro-freedom revolution happening globally as a response to restrictions on our basic human rights to work, travel and live” by playing free shows or ‘jams’ in public spaces. One of the group’s songs, ‘We Are The 99%’, features the lyric, “stick your poisonous vaccine up your arse“, the Economist reported in July.

Clapton donated £1,000 to a GoFundMe page to help support the group, its founder Cambel McLaughlin told Rolling Stone. McLaughlin thought it could have been fake, but emailed the account listed with the donation and got a text from Clapton himself.

“It was something complimentary, along the lines of, ‘Hey, it’s Eric – great work you’re doing,’,” McLaughlin said of the text message.

Jam For Freedom revealed Clapton’s donation on social media in April. “Delighted to announce one of the greatest modern musicians alive has helped us stay afloat after damage to our equipment from police recklessness on Saturday,” they wrote at the time, referring to an encounter with the police they had at an anti-lockdown rally in Hyde Park on April 24.

McLaughlin says he and Clapton spoke on the phone, with the musician offering Jam For Freedom his own six-person VW Transporter van for temporary use – an offer the group accepted.

Clapton also apparently gave the group another sum of money to help buy their own new van, though McLaughlin didn’t reveal how much, and even offered to sit in with the group during a performance.

The two then met in a studio, with McLaughlin claiming that Clapton remarked he hadn’t been able to play guitar for months due to COVID-19 vaccine after-effects. “We did want to have a jam, but because of his condition at the time, it was tough for him to play,” McLaughlin told Rolling Stone, “and to play outside when his fingers are cold because of the side effects.”

In May, Clapton spoke about his experience after receiving the Oxford-AstraZeneca vaccine, calling his reaction “disastrous”, claiming that he suffered from numbness in his hands and that they were “pretty much useless for two weeks”.

Clapton has been a longstanding opponent to lockdowns and other restrictions to curb the spread of the coronavirus, appearing alongside Van Morrison to perform anti-lockdown song ‘Stand For Freedom’ last year. He then shared his own apparently anti-vaxx song ‘This Has Gotta Stop’ in August.

He has also previously expressed his opposition to live music venues requiring proof of vaccination for entry, though he ultimately went on to play a New Orleans show with the same requirements just two months later.

The post Eric Clapton reportedly donated £1,000 and lent his own van to anti-lockdown music group touring the UK appeared first on NME.