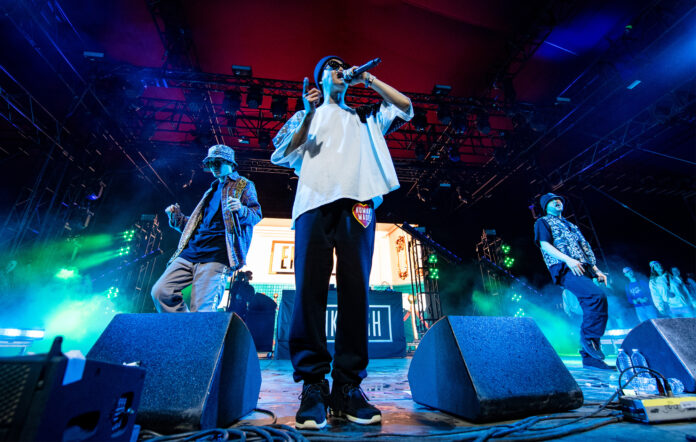 Epik High have announced an Asia Pacific tour that so far spans five stops in Southeast Asia and Australia.

This July, the Korean hip-hop group will head to Singapore, Melbourne, Sydney, Bangkok and Jakarta for the Epik High Is Here Tour, they announced today (May 14). A tour poster hints at four more stops that have yet to be revealed.

The tour will kick off in Singapore on July 9 then head to Australia for stops in Melbourne (July 11) and Sydney (July 12). The group will then fly back to Southeast Asia to perform in Bangkok, Thailand and then Jakarta, Indonesia. Ticketing details have yet to be announced, but you can see the full list of dates and venues below.

Epik High have just concluded a sold-out tour of North America – which included a set at Coachella – and are in the midst of a four-night concert series at Seoul’s Blue Square.

In February, Epik High released their 10th album ‘Epik High Is Here 下, Part 2’, which NME pronounced “a beautifully encouraging portrait of the very essence of life” in a five-star review.

Epik High’s Tablo told NME that the album features some of his rawest lyricism. “I’ve always been personal about problems, but I’ve always kind of hidden behind metaphors and poetic expressions,” he told writer Tanu I. Raj. “I don’t think I’ve ever been this explicit in what I’m feeling or what I’m thinking or whatever I went through.”