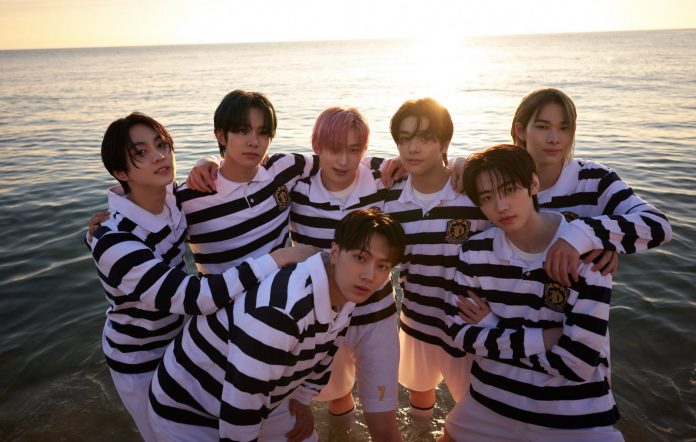 ENHYPEN have released the music video of their new single ‘Tamed-Dashed’.

READ MORE: ENHYPEN: “We’re determined to become ‘the’ destination for K-pop fans around the world”

‘Tamed-Dashed’ is the title track of ENHYPEN’s first full-length album ‘Dimension : Dilemma’, out today (October 12). Similar to the group’s previously released concept films, the music video includes scenes of the members joyfully frolicking on the beach as well as a large field, soundtracked by the energetic new song.

Earlier this week, Belift Lab uploaded a graphic revealing the tracklist of ENHYPEN’s upcoming eight-track record. Notably, ‘Dimension : Dilemma’ includes a collaboration with HYBE labels senior Yeonjun of TXT on a song titled ‘Blockbuster’. The record will also include the previously released intro track ‘Intro : Whiteout’, as well as an interlude track.

Last month, Stone Music Entertainment and Genie Music, the distributors for the boyband’s forthcoming record, revealed to Newsen that ‘Dimension : Dilemma’ had surpassed half a million pre-orders just one week after the album was officially announced.

‘Dimension : Dilemma’ will be ENHYPEN’s second release of 2021, following their sophomore mini-album ‘Border : Carnival’ in April. That project received a glowing four-star review from NME‘s Rhian Daly, who said that the group continued to “propel themselves even further into the kaleidoscopic atmosphere of the carnival that is fame” with the mini-album.