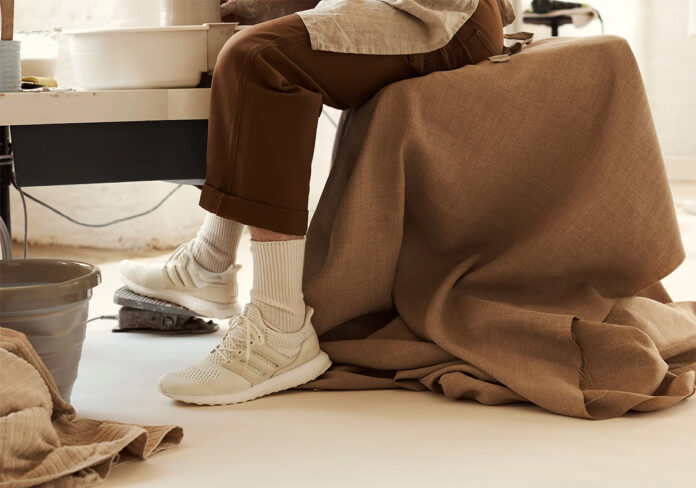 END. Clothing and adidas have put out a drove of collaborations in the past few years, and 2022 is certainly no exception. Following the release of their Forum Low and High, the retailer is bringing their attention back to the UltraBOOST, dressing the runner up in a pottery-inspired colorway entitled “Ceramic Craze.”

At a cursory glance, the collaboration may seem like your average pair. And while this is true across certain fixtures — such as the Primeknit upper and the BOOST sole — the design does incorporate a number of details that nod to the above-mentioned art form. For example, the cage is built of a cracked leather, mirroring the imperfections of certain of ceramics. What’s more, the palette conjure to mind similar images, as the shoe is predominantly dressed in a neutral, off-white finish.

For a closer look at the END. x adidas UltraBOOST OG “Ceramic Craze,” check out the retailer imagery below. The draw is currently live right now via endclothing.com, with winners to be announced on August 19th.

In other news, have you peeped the official images of the Air Jordan 4 White Navy?