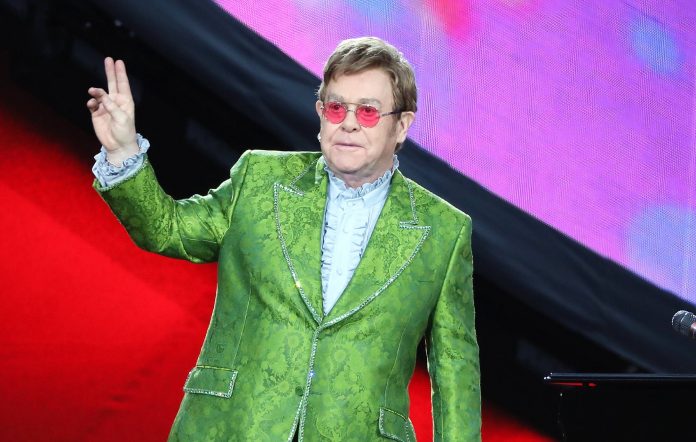 Elton John has criticised the UK government, saying they “didn’t make any provisions” for art when securing a Brexit deal, calling it “so fucking disgusting”.

The comments come after a number of leading organisations in the music industry penned an open letter to the government criticising “misleading” new claims about the status of post-Brexit touring in Europe.

Last week (October 19), figures from the live music industry hit back at the government for another “non-announcement” of “spin and misinformation” concerning the ability for British musicians to tour on the continent.

Speaking to NME for a new Big Read cover feature around the release of his new collaborative album ‘The Lockdown Sessions’, John criticised the handling of the Brexit deal with regards to the arts, saying: “As an artist, you learn your craft by playing live. I started out going to Europe; you’re in a different culture, which makes you a little fearful, but you embrace the culture, and the culture embraces you…

“[The current situation] is OK for Ed Sheeran and me, or The Rolling Stones – people that can actually afford to do this stuff. But for younger artists, it’s a crushing thing. We’re still trying to solve this problem; it’s a slow process because the Government is a slow process.”

John added: “The Government didn’t make any provisions whatsoever for the arts during Brexit. They’re more interested in fucking fishing! Now, don’t get me wrong – fishing is very important, but it brings in £1.4billion a year and the entertainment industry brings in £111billion.

“They’re taking away young artists’ livelihood, and the way they grow as artists – because nothing makes you grow than the experience of going and playing in another place. It’s so shocking, and it’s so fucking disgusting.”

Back in August, the government ‘announced’ that “short term” visa-free travel without work permits will be allowed for musicians and performers in 19 European countries, while talks are ongoing with the remaining nations.

This led to a huge backlash from the industry, who accused the government of “spin and meaningless posturing” given that these rules were already in place pre-Brexit, while no real negotiations had been made to solve the major issues. All of this was compounded by a recent report that one in three jobs in music were lost during the pandemic.

More anger followed after another announcement, with the government claiming victory over 20 EU states after adding Romania to the list.

Earlier this month, a number of figures from the music industry spoke to NME about how new visa rules, as well as prohibitive costs and admin rules, meant that many UK artists could no longer afford to tour in Spain – cutting off one of the biggest markets for UK talent.