HomeNewsElton John praises Yard Act as one of his favourite new bands:...
News

Elton John praises Yard Act as one of his favourite new bands: “I wonder how they do it” 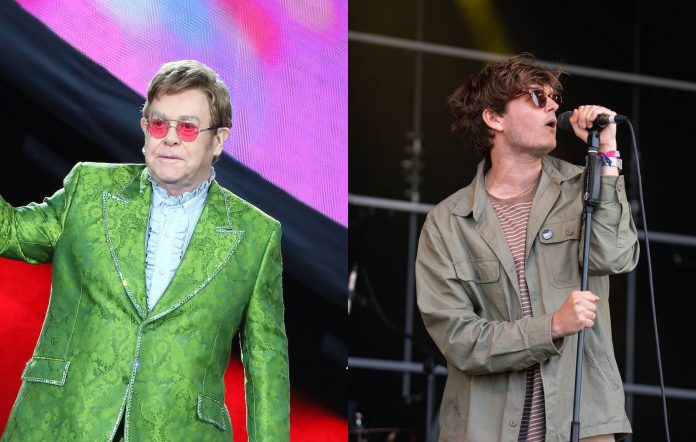 Elton John has praised a host of his new favourite bands, including Leeds post-punks Yard Act.

Speaking to NME for a new Big Read cover feature around the release of his new collaborative album ‘The Lockdown Sessions’, John said he is hungrier than ever to discover exciting new music.

“I’ve never lost the desire to hear new music,” he told NME, discussing how his Apple Music radio show has introduced him “to a whole ballgame of new artists – music that I wouldn’t otherwise necessarily have heard because Apple send me a lot of stuff.”

“However, I also scan the websites of the NME and places like that to find records that I wouldn’t have heard,” he added. “I’m always on the lookout for new things. I’ve become friends with most young artists on the record, and I just love promoting new records.”

Speaking of his love for Yard Act, who will release their debut album ‘The Overload’ on January 7, 2022 via Zen F.C., John said: “It’s that kind of talking with the music behind it – Channel Tres does that a little bit: he mixes hip-hop and talking with electronic music, and it’s a different ballgame…

“I can’t do it but I love it and I wonder how they do it. There’s a lot of that on the album.”

Another act John professed his love for in the Big Read interview was recent Mercury Prize nominee BERWYN, saying: “He’s like an elongated, stretched version of me in the ’70s! Very tall, big glasses. He’s gonna be a huge star.”

Elsewhere in the cover feature, John confirmed to NME that he and Ed Sheeran are working on a Christmas song together, and joked about a battle for Number One with LadBaby.

“Yeah, he let the cat out of the bag didn’t he?” John joked to NME of Sheeran’s recent revelation in a Dutch radio interview. “I was sworn to secrecy and then big mouth fucking Sheeran goes to the Netherlands! It’s supposed to come out – we haven’t finished it yet, so there’s still work to be done.”

The post Elton John praises Yard Act as one of his favourite new bands: “I wonder how they do it” appeared first on NME.