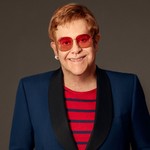 A battle of Britain is underway, as new albums by Elton John and Duran Duran go head-to-head for the chart crown.

Based on sales and streaming data at the halfway stage of the chart cycle, Elton has the edge with The Lockdown Sessions (EMI), his collaboration-stacked 32nd studio album.

The Lockdown Sessions rockets to No. 1 on the Official Chart Update, and is flying to what would be Elton’s eighth chart leader. The superstar English singer last led the Official U.K. Albums Chart in 2012 with Good Morning To The Night, a mashup of his classics remixed by Pnau, the Australian electronic act behind Elton’s latest hit single “Cold Heart” with Dua Lipa.

Close behind is Duran Duran, whose 15th studio album Future Past (BMG) opens at No. 2. With Future Past, the alternative rock veterans could nab their highest-charting record in 38 years, since 1983’s Seven And The Ragged Tiger led the chart. Duran Duran’s most recent album, 2015’s Paper Gods, debuted and peaked at No. 5 in the U.K.

Scottish rock favorites Biffy Clyro start at No. 4 on the midweek chart with The Myth Of The Happily Ever After (Warner Records).

As the chart race enters its second stage, it’s all to play for. According to the Official Charts Company, just 4,500 chart sales currently separate the all-new Top 4.

Closing out the Top 5 is Coldplay’s Music Of The Spheres (Parlophone), which dips 1-5 but continues to lead all albums on streaming, the OCC reports.

In a week flush with new releases, a 40th anniversary reissue of The Rolling Stones’ Tattoo You (Polydor) bows at No. 6 on the midweek survey; Self Esteem’s Prioritise Pleasure (Fiction) is at No. 7; Mimi Webb’s Seven Shades of Heartbreak (RCA) begins its journey at No. 8; Dream Theater’s A View From The Top Of The World (Inside Out) arrives at No. 9, and Nick Cave & The Bad Seeds’ B-Sides & Rarities – Pt II (BMG) starts at No. 11.