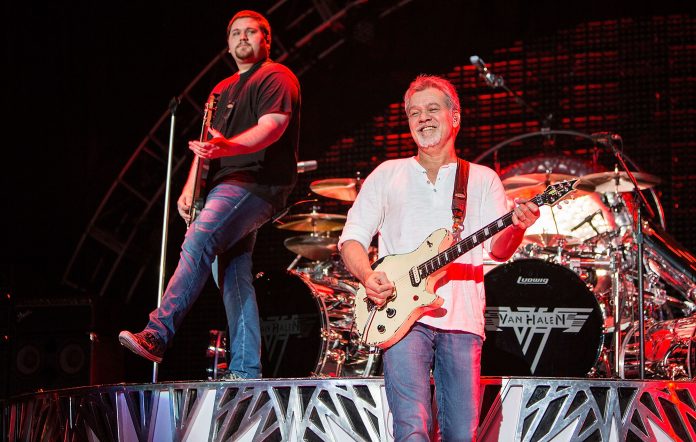 Eddie Van Halen’s son, Wolfgang, has posted a tribute to his father on the first anniversary of his death.

Eddie died from throat cancer on October 6, 2020. Tributes from members of AC/DC, KISS, Muse and Pearl Jam, among others, flew in following news of his passing.

In his post on social media, Wolfgang said he was “trying to my best here without [Eddie], but it’s really fucking hard”.

“You fought so hard for so long, but you were still taken away,” Wolfgang wrote, “It’s just so unfair.”

“I love you with all of me heart, Pop. Watch over me.”

In addition to being Eddie’s son, Wolfgang was also Van Halen’s bassist since 2006.

Over the past year, Wolfgang has released his self-titled debut album with his band Mammoth WVH and toured alongside Guns N’ Roses. At one point, Wolfgang joined the band on stage during a performance of ‘Paradise City’.

“Wolfgang Van Halen, do you know how cool it is to say that? We’re talking legacy,” frontman Axl Rose said at the concert.