HomeNewsEd Sheeran says he and Eminem bonded over a love of cassette...
News 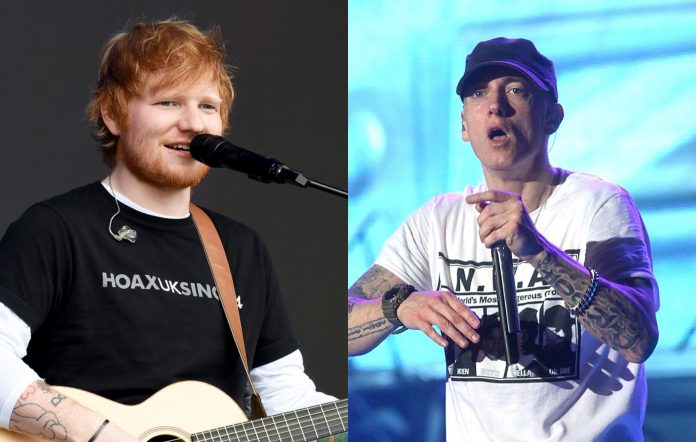 Ed Sheeran has revealed that he and Eminem became pen-pals after bonding over a shared love of cassette tapes.

Sheeran recently appeared on Later… with Jools Holland, where he explained how he and the rap icon – who have collaborated on three singles since 2017 – are both into cassette collecting.

READ MORE: Ed Sheeran’s new song ‘Bad Habits’ is an on-trend bop from one of the savviest men in pop

“I collect cassettes and I’ve got Ray Charles and Stevie Wonder and they are quite difficult to find,” he said. “The only person I know who collects the same is Eminem.

“He collects cassettes, that’s his thing. He loves collecting. He is avid at going to find them. We have started having this, it’s like a very cool pen-pal thing. I got a message the other day [from Eminem] about an LL Cool J cassette. He said, ‘This is the cassette which made me want to start rapping’.

“I sent him Van Morrison and I will send him David Gray’s ‘White Ladder’ next.”

Sheeran and Eminem first linked up in 2017 for ‘River’, which appeared on the latter’s album ‘Revival’. They reunited in 2019 for ‘Remember The Name’ alongside 50 Cent, lifted from Sheeran’s ‘No.6 Collaborations Project’, and again a year later for ‘Those Kinda Nights’ from Eminem’s ‘Music To Be Murdered By’.

Back in August, Sheeran also said the pair share a fondness for Marvel films.

He said on Instagram that he would be “doing as many of my planned interviews/performances I can from my house”. It is unclear if this will include his scheduled appearance on a forthcoming episode of Saturday Night Live.

The post Ed Sheeran says he and Eminem bonded over a love of cassette tapes appeared first on NME.