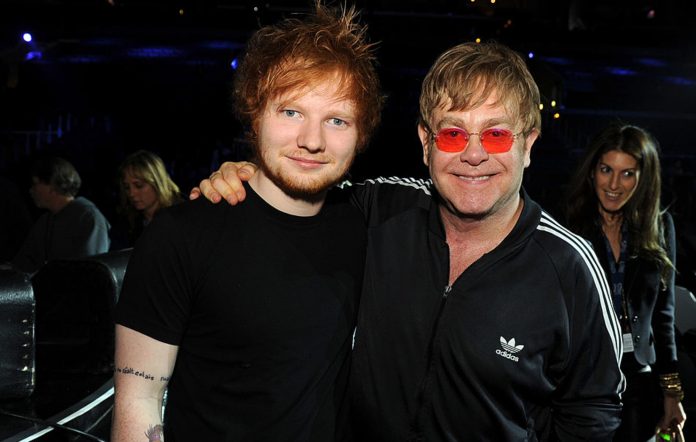 Ed Sheeran has revealed that Elton John rings him up for a chat every single day.

The pair are close friends and are set to release a joint Christmas single later this year.

Speaking to the NZ Herald, Sheeran revealed that he turned to John for advice and comfort after his friend and music promoter Michael Gudinski died earlier this year.

“I say this to people and they think I’m lying or exaggerating, but Elton calls me every single day,” he said.

“He used to ring me about once a month – well, we do it on FaceTime via iPad because neither of us ­has a phone. Then when Lyra was born it became more like weekly – he’s a dad as well and he’d check in.”

Sheeran added: “But then when Michael died he rang me the day after and I just broke down and cried.

“And from that day – I spoke to him this morning, yesterday – no word of a lie, every single day he’s rung me. Whether it’s a half-hour chat or two minutes, he always checks up on me.”

In a recent interview with NME, John confirmed that he and Sheeran are working on a Christmas song together, and joked about a battle for Number One with LadBaby.

Sheeran revealed the news this month in an interview with Dutch radio station NPO Radio 2, saying that John reached out to him for the collaboration last year after he discovered that his own Christmas song ‘Step Into Christmas’ had hit the UK Top 10 for the first time ever.

Speaking to NME, John said he was surprised that Sheeran revealed the news, as he himself was sworn to secrecy over the track.

“Yeah, he let the cat out of the bag didn’t he?” John told NME. “I was sworn to secrecy and then big mouth fucking Sheeran goes to the Netherlands! It’s supposed to come out – we haven’t finished it yet, so there’s still work to be done.”

Elsewhere, this month Sheeran asked for people in the UK to help John knock him off the top of the singles chart.

Sheeran occupied the top spot in the UK for the past 15 weeks, firstly with his comeback single ‘Bad Habits’ and more recently with his latest track ‘Shivers’, but, as was his wish, John’s ‘Cold Heart (PNAU Remix)’ featuring Dua Lipa went and topped the charts.