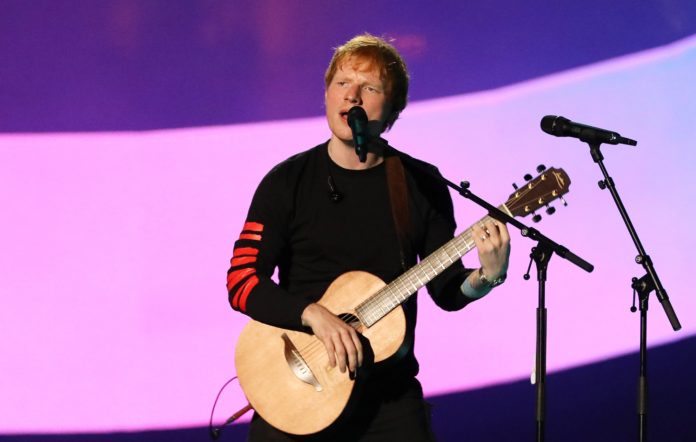 Ed Sheeran has previewed every song from his new album ‘=’ on YouTube Shorts – you can tune in below.

READ MORE: Ed Sheeran’s ‘Bad Habits’ is an on-trend bop from one of the savviest men in pop

The singer-songwriter will release his fourth studio effort – the follow-up to 2017’s ‘÷’ – this Friday (October 29). He has so far shared the singles ‘Bad Habits’, ‘Visiting Hours’ and ‘Shivers’.

Teaming up with YouTube, Sheeran has today (October 25) posted 14 brief video snippets – each representing a different track from the imminent ‘=’. The #SheeranShorts series offers up a “unique” insight into the meanings behind the songs, as Music Week reports.

“I had a really fun day shooting my YouTube Shorts,” explained Sheeran. “I’ve always really enjoyed the music video process, so it was fun to explore a new way of doing that by channelling each song’s theme in a unique way, while also giving you a sneak peek of the album!”

Lyor Cohen, global head of YouTube Music, added: “Ed Sheeran is a storyteller and I am so stoked he is using YouTube Shorts to give his fans an audio and visual preview of his incredibly powerful new album. This is going to be an unforgettable moment.”

You can see the introduction to #SheeranShorts clips below, with the full series available to watch here.

As fans await the arrival of ‘=’, Sheeran’s manager Stuart Camp has revealed that the musician already has another album in the can. “The material is there and it won’t be another four-year wait, I can promise you,” he said.

Camp continued: “Ed already knows what the next album is. He’s already got a track-listing for it, and I will get that changed over the next 12 months.”

Sheeran will bring his  ‘+ – = ÷ x Tour’ (pronounced ‘The Mathematics Tour’) to the UK and Ireland in April. He will play four nights at Wembley Stadium in London between June 24 and July 1.

Yesterday (October 24) Ed Sheeran revealed that he had contracted COVID-19, and will therefore be “doing as many of my planned interviews/performances I can from my house” until he recovers.

It’s not yet known how if he will appear on next week’s Saturday Night Live (November 6) as planned.