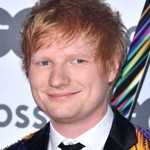 Ed Sheeran is heading back to Saturday Night Live. On Saturday (Oct. 23), the long-running NBC sketch comedy show announced that the English singer-songwriter will appear as musical guest alongside first-time host Kieran Culkin on Nov. 6.

The following day, Sheeran revealed on social media that he’s been diagnosed with COVID-19 and will be self-isolating. As a result, he plans to continue with scheduled interviews and performances virtually. The news arrives less than a week before the release of his upcoming album, =.

“Hey guys. Quick note to tell you that I’ve sadly tested positive for Covid, so I’m now self-isolating and following government guidelines,” Sheeran wrote on Instagram. “It means that I’m now unable to plough ahead with any in person commitments for now, so I’ll be doing as many of my planned interviews/performances I can from my house. Apologies to anyone I’ve let down. Be safe everyone x.”

Sheeran nor SNL provided further details about the singer’s upcoming appearance on the show. This week, he is also scheduled to appear as a mentor on NBC’s The Voice.

This will mark the Sheeran’s third time serving as musical guest on Saturday Night Live. He first graced the Studio 8H stage in 2014, when he sang his x hits “Don’t” and “Sing.” He returned in 2017 to perform “Shape of You” and “Castle on the Hill,” from ÷.

Sheeran’s fourth solo studio album, =, is scheduled to arrive out Oct. 29. The new set was preceded by “Bad Habits” and “Shivers,” which have thus far peaked at No. 2 and No. 10 on the Billboard Hot 100, respectively, with “Bad Habits” having remained in the top 10 since its release.