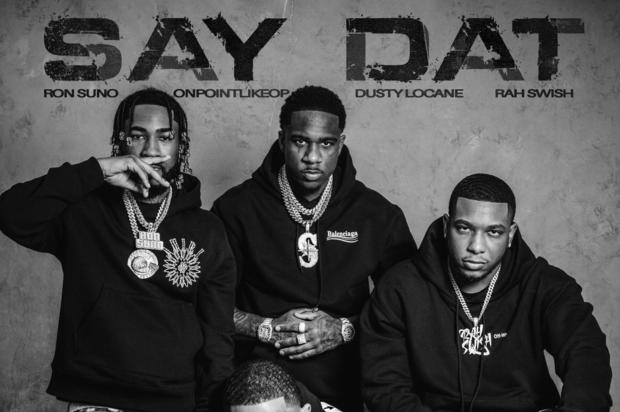 Drill music has turned into the sound of New York City. Unfortunately, the city’s drill scene has also caused some significant backlash from city officials, from NYPD’s removal of drill rappers from the Rolling Loud line-up to Mayor Eric Adams who once said that he wanted to see the genre banned completely.

Today, four prominent artists from the city’s drill scene joined forces for a new EP. Bronx’s Ron Suno, Dusty Locane, Onpointlikeop and Rah Swish just came through with their new project Say Dat. It’s an eight-song effort that fuses each of their styles together and represents unity in NYC. Each artist brings their signature style to the table for a short but solid body of work.

Check the tracklist and project below.

WAY BACK by DUSTY LOCANE