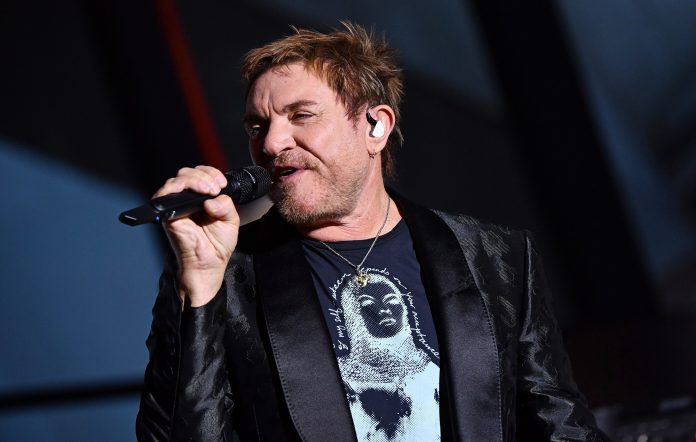 Duran Duran’s Simon Le Bon has claimed that the band used to order drugs via room service back in the 1980s.

Speaking on Alan Carr’s Life’s A Beach podcast, Le Bon said: “I’ve been going to the Sunset Marquis (a hotel in Los Angeles) for nearly 40 years. When I first went there, it was not quite so high rent…you used to be able to order ‘substances’ on room service, if you knew the right people to ask.”

“And we did. We partied. We lived the ’80s…and then one more time around.”

However, according to Le Bon who married Yasmin Parvaneh in 1985, “things changed when I got married. They had to”.

Duran Duran’s bassist John Taylor has previously spoken publicly about his issues with addiction. “It is pretty depressing when you realise that drugs and alcohol, these external things outside of you, have you in their grip and you can’t control them. I didn’t know how to get out of it,” he said in a 2016 interview with The Fix.

“Punk affected our musical style, our way of dressing; it affected me lyrically massively,” he said.

“But then something happened between us and punk: It went into a slightly more austere kind of style where everybody wore black, and the album covers were monochrome. It all got a bit dull. And as teenagers, after six months of that we were ready for the next thing.”

Earlier this year, Le Bon called for streaming services to reform their payment models so that emerging artists receive a larger share.

“Artists need to get paid properly for music that is streamed, that’s where the money should be coming from,” LeBon told NME.

“What do artists get? It’s like 0.2 of a penny per stream and that’s not just for artists, a percentage of that will go to the record company as well who then don’t give it to the artists, they’ll give it to the people they consider to be the most successful artists.”