HomeNewsDuran Duran recall how their style shifted after punk “got a bit...
News 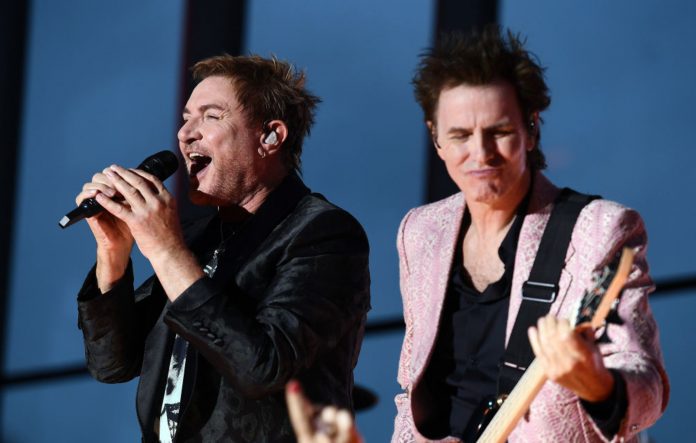 Duran Duran have recalled how their style and musical focus shifted after punk “got a bit dull” for them.

Speaking in a new interview, frontman Simon Le Bon discussed how the band once found the rebellious genre exciting but after a while it became boring to them.

“Punk affected our musical style, our way of dressing; it affected me lyrically massively – the single biggest lyrical influence on me was Patti Smith. That album ‘Horses’ was a punk rock album,” Le Bon told Vogue.

He continued: “But then something happened between us and punk: It went into a slightly more austere kind of style where everybody wore black, and the album covers were monochrome. It all got a bit dull.

“And as teenagers, after six months of that we were ready for the next thing, y’know? There was a collective consciousness: There were shops in Birmingham like the Oasis where suddenly colour had come back into fashion. And I turned up, famously, in pink leopard-skin pants.”

Speaking to The Sun, Taylor said the band have looked at numerous scripts for a potential film and expects something to materialise “in the next few years”.

“It’s something that is under discussion,” Taylor said regarding a biopic. “It is being discussed and we’ve had different scripts and ideas put forward.

“We haven’t quite decided on the right one yet. But there are things in development so we will see where they go. We would love to do something like that and I think something will happen in the next few years.”

Elsewhere, Simon Le Bon has called for streaming services to reform their payment models so that emerging artists receive a larger share.

The new-wave icon warned that a “hole” in the next generation of artists could emerge if musicians fail to receive a higher rate per stream.

The post Duran Duran recall how their style shifted after punk “got a bit dull” appeared first on NME.