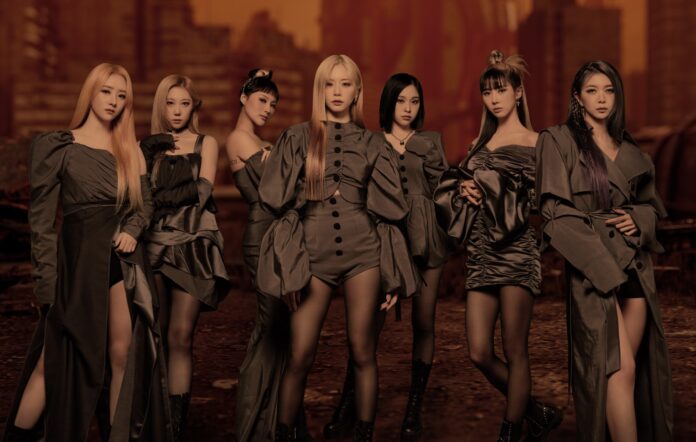 K-pop girl group Dreamcatcher have shared the details of their forthcoming comeback with ‘Apocalypse: Follow us’, the next instalment of their ‘Apocalypse’ series.

READ MORE: Every Dreamcatcher song ranked in order of greatness

On September 27, the seven-member act took to Twitter to unveil the tracklist for their upcoming seventh mini-album ‘Apocalypse: Follow us’, due out on October 11 at 6pm KST. The group announced its release date and title the day before.

‘Apocalypse: Follow us’ will be led by the single ‘Vision’, which will be accompanied by a music video release when the mini-album arrives. That song and all other tracks on the record are written and composed by longtime Dreamcatcher collaborators Ollounder and LEEZ.

The upcoming record is set to include a total of six tracks, including intro and outro songs ‘Intro: Chaotical X’ and ‘Outro: Mother Nature’. B-sides include ‘Fairytale’, ‘Some Love’ and ‘Rainy Day’.

‘Apocalypse: Follow us’ is the second instalment of Dreamcatcher’s ongoing ‘Apocalypse’ series, which they kicked off in April with their sophomore studio album ‘Apocalypse: Save us’, led by the title track ‘Maison’. The release had focused on themes of environmental conservation and climate change.

That record had comprised a total of 14 tracks, half of which were solo songs by each member of the group. In a mixed three-star review of the album, NME’s Tanu I. Raj wrote that “while ‘Apocalypse: Save Us’ casts a stark light on their growth as an act and comes packed with one good track after another, it does sometimes find itself deviating from its own subject matter.”

The tracklist of Dreamcatcher’s ‘Apocalypse: Follow us’ mini-album is: