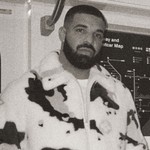 Drake celebrated his 35th birthday in style on Saturday night in Los Angeles with a Narcos-themed bash attended by some of his A-list friends. Rocking custom cowboy boots, a white cowboy hat, tan fringed jacket, bolo tie and denim shirt, the Six God did it up in style at yet another one of his legendary bday blowouts.

The rapper, whose actual birthday was on Sunday (Oct. 24) gathered with his A-list pals on a sound stage at Goya Studios with a crew that included Offset, 24Goldn, Jack Harlow, Kawhi Leonard, Future, French Montana, Larsa Pippen, Draya Michele, Drake’s dad, Dennis Graham and more, according to E! News.

An Instagram Story posted by Drizzy on the night of appeared to show French and other guests singing “Happy Birthday” as Drake smiled, the site reported. There were also a number of special messages from Drake’s pals in the Story, including Nicki Minaj posting a photo of the pair with the message, “Happy birthday to the GOAT.”

People reported that the theme of the party was “Chico Amante,” which translates to “lover boy,” a nod to Drake’s most recent album, Certified Lover Boy. And, to keep things super-authentic to the smash Netflix drug dealing drama, there was reportedly a big box full of cocaine-looking bricks printed with the name of the party on them.

Check out some pics and videos from the party and some birthday wishes for Drizzy from famous pals below.

Drake turned 35 today! He’s the best rapper who ever had a heartbeat. Not even close. HAPPY BIRTHDAY CHAMPAGNE.. that nigga gave me soundtrack for my life that literally was my entire 20s. F*ck who u think is the … drake passed ur goat 5 years ago. Get mad. Goodnight