HomeNewsDr. Dre Says He Nearly Bailed On Super Bowl Show If Not...
News

Dr. Dre Says He Nearly Bailed On Super Bowl Show If Not For Jay-Z & Nas 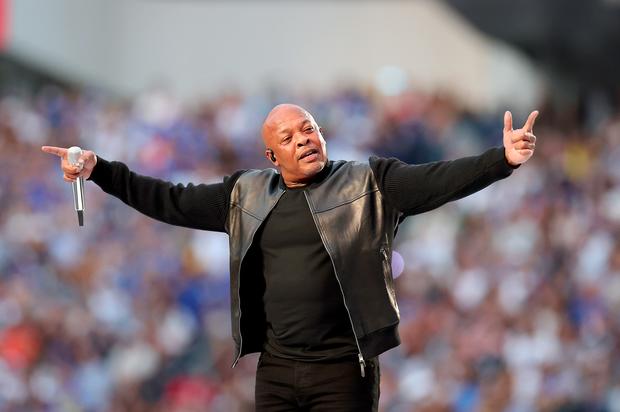 Dr. Dre admits that he had doubts about performing at Super Bowl LVI, but was convinced not to cancel on the event after speaking with Jay-Z and Nas. Dre ended up performing at the game alongside Snoop Dogg, Eminem, Kendrick Lamar, 50 Cent, Mary J. Blige, and Anderson .Paak.

Dre opened up about his reservations during a recent interview on Dolvett Quince’s Workout the Doubt podcast, revealing that he was concerned about being called a “sellout” for working with the NFL. The league has received plenty of criticism over its handling of Colin Kaepernick, as well as many other scandals over the years.

He continued: “I got on the phone with Nas. He called me up and was like, ‘Yo bro’ — you know, Nas has that voice — ‘Yo bro, you gotta do it. You gotta do this. It’s gonna be so powerful for fucking Hip Hop, for the culture, for you, for L.A. and the whole nine.’”

“We were on the phone for like 10 minutes and he talked me into doing it,” Dre explained. “Nas and Jay-Z were big reasons why I decided to do the show.”

Check out Dre’s comments on the Super Bowl performance below.